9. Also, He said to me, “Prophesy to the breath, prophesy, son of man, and say to the breath, ‘Thus says the Lord God: “Come from the four winds, O breath, and breathe on these slain, that they may live.” ’ ” 10. So I prophesied as He commanded me, AND BREATH CAME INTO THEM, AND THEY LIVED, AND STOOD UPON THEIR FEET, AN EXCEEDINGLY GREAT ARMY. 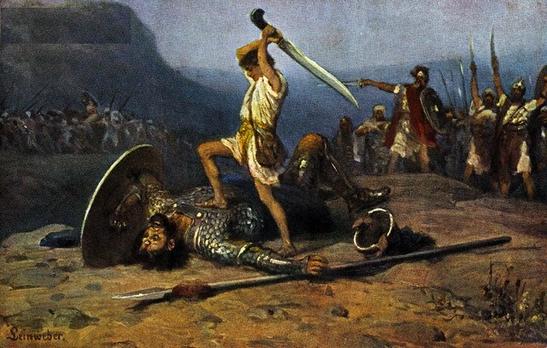 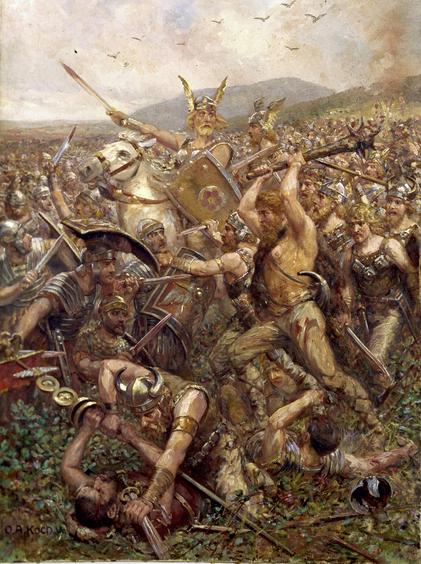 The Divided State Of America's Plan To Exterminate 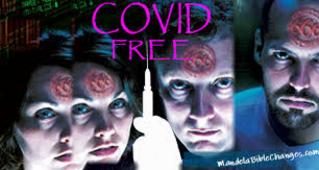 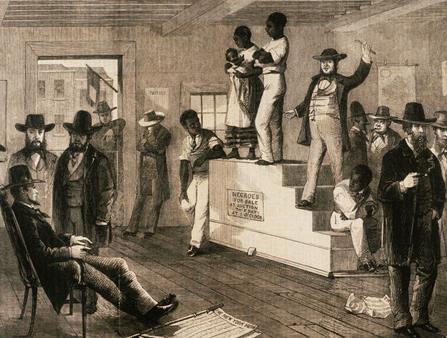 He required everyone—small and great, rich and poor, free and slave—to be given a mark on the right hand or on the forehead. And no one could buy or sell anything without that mark, which was either the name of the beast or the number representing his name. Revelations 13:16-17 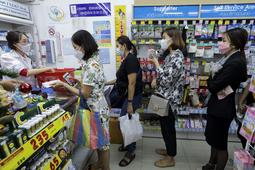 REMEMBER: SATAN IS THE FATHER OF LIES! 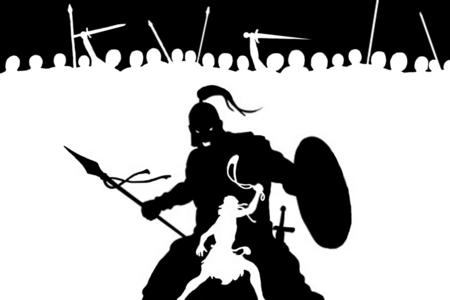 THE IRREVOKABLE PROMISE OF I AM TO THE NEGRO NATION ISRAEL

​​
The sun began to go down and Abram got very sleepy. While he was asleep, a very terrible darkness came over him (He had a nightmare seeing what was happening to Negroes today). Then the Lord said to Abram, “You should know this: Your descendants will live in a country that is NOT THEIR OWN. They will be STRANGERS there. THE PEOPLE THERE WILL MAKE THEM SLAVES AND BE CRUEL TO THEM FOR 400 YEARS. But then I will punish the nation that made them SLAVES. Your people will leave that land, AND THEY WILL TAKE MANY GOOD THINGS WITH THEM.

Our 400 years of slavery is over which we the Mighty Negro Nation of Israel was sentenced to endure according to Genesis 15:13-14

We the Negroe Nation of Israel just completed 400 years of slavery which we were sentenced to endure according to Genesis 15:12-14. Now that our 400 years of slavery is over I AM, the God of Israel is calling Negroes/Israel to come to meet him at Mt. Sinai and return to the Promised Land of Israel. Pharoah/Satan refuses to let us go therefore he has devised a scheme to murder each one of us working through his prized possessions, the governments/Kingdoms of this world, especially the USA. Prepare, that will never happen!

Here Is Another Sweet Treat from I AM!

I AM WILL CAUSE OUR CAPTORS TO KILL ONE ANOTHER!

(Also he bade them teach the children of Judah the use of the bow: behold, it is written in the book of Jasher.) 2 Samuel 1:18 KJV 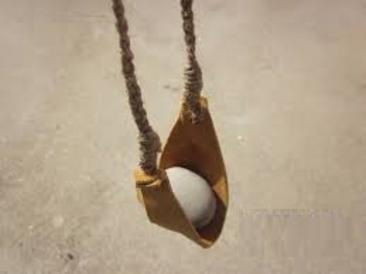 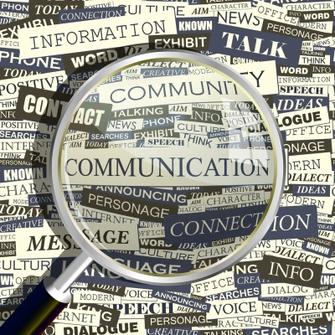 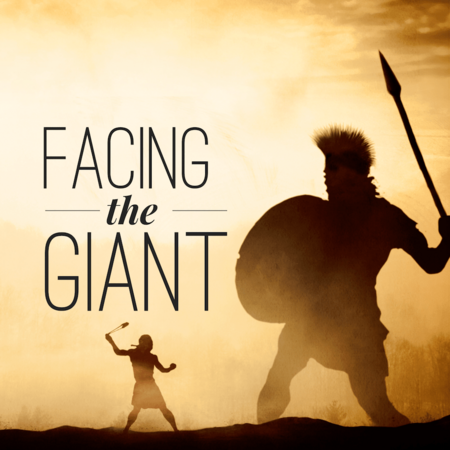 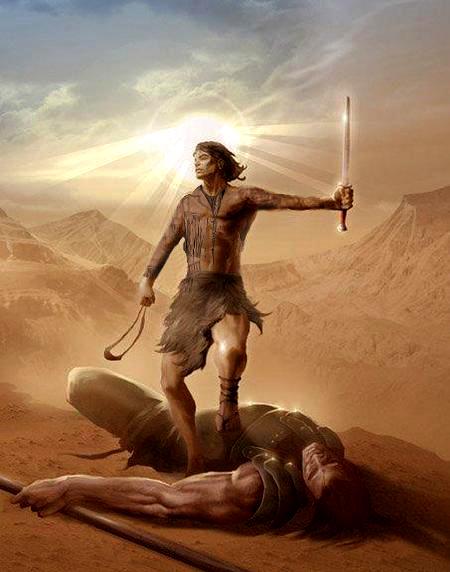 LISTEN! THE DRUMS ARE SPEAKING 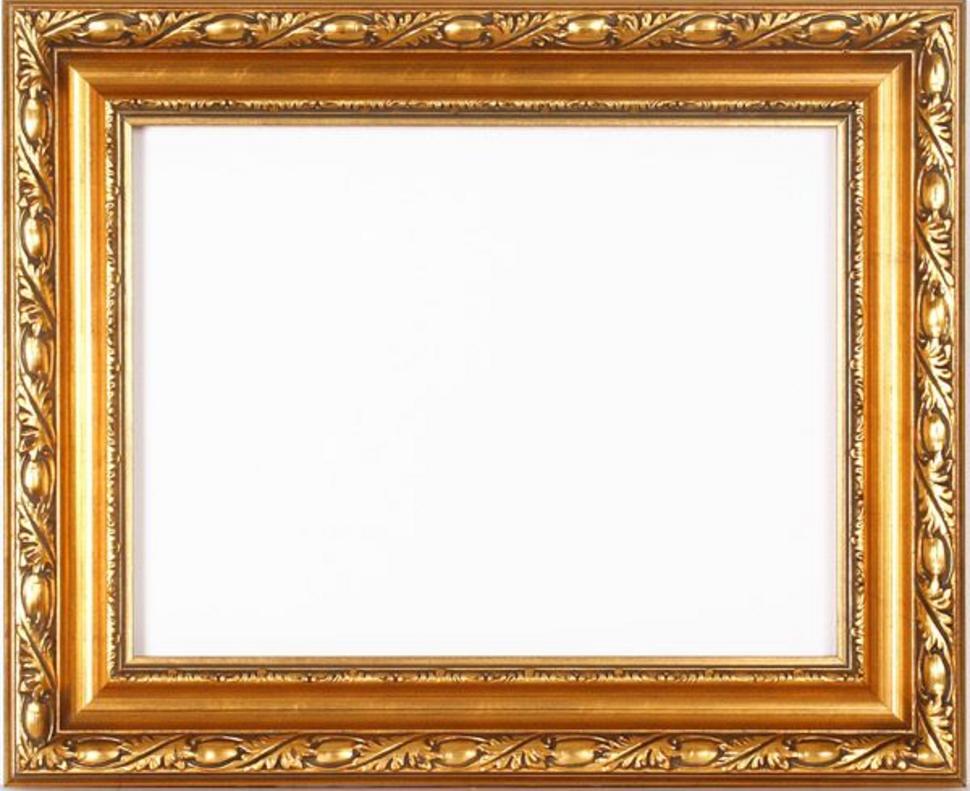 THE WORD FOR THE HOUR

Today we're required to wear a Mask in order to buy and sell Goods,

Tomorrow, receiving the Mark of the Beast will be required.

THE BEGINNING OF THE REIGN OF ISRAEL

I AM is sending a message to all Caucasians to, "Prepare for War."

As the season of the Gentile closes I AM is calling on all Caucasian to render account for their action and inaction during their time and Season of reign. I AM, the God of Israel is calling on all Caucasians to give account for their mistreatment, actions and inaction towards his chosen people Israel whom most of them did not discern was the real children of Israel.

Please understand, that according to the Word of God written in the Bible in Genesis 10:1-5, only Caucasians are Gentiles, not everyone who is not a Jew. Because Caucasians were in their Time and Season to prosper, rule and reign many of them assumed themselves to be superior to other races of people and ethnicities. However, they fail to realize that a Season only lasts for a set moment in time. A tree bare fruit in its season, when a tree is not in its season a tree produces nothing.

Jesus our King said "Jerusalem shall be occupied by Gentiles/Caucasians until the Season of the Gentiles/Caucasians end. Now that the Season of Caucasians is closing those calling themselves Ashkenazi Jews who the scriptures reveal are really Gentiles from the bloodline of Noah's son Japhet and not Shem as they claim, are about to be violently evicted from the land of Shem, the Promised Land of Israel. This in anticipation of the return of the real children of Israel now that the true Israelites 400 years of Slavery which the true Israelites were sentenced to endure according to Genesis 15:12-14 have been fulfilled.

I AM is now ready to Judge the Caucasian race for what they have done to his wife and prized possession of Israel. I AM is responding to my petition to Him concerning the fulfillment of the promises written in his Word, to set Israel free from her captors and return Israel back to her own Promised Land and the punishment of Israel's captors now that her 400 years of slavery is expired. So in summary, the message I AM is sending to the Caucasian, Arab and Heathen Nations is "Prepare for War," Get your weapons ready to fight, assemble your military to prepare to fight, I AM is Declaring War on you.

One Kingdom, One King!

In Luke 21:24 Jesus/Yeshayah said that Israel would be scattered throughout the nations of the world as slaves because of her sin of rebellion against I AM. In Genesis 15:13-14, I AM/God said to Abram that his descendants would go into 400 years of slavery in a strange land that is not their own and would be mistreated there, but the nation that enslaves and mistreat Israel I AM would judge and Israel would come out with great wealth. This video is a call for I AM to fulfill his word and bring the true nation of Israel back from her exile and return Israel back to her own Promised Land after meeting with I AM again at Mt. Sinai where I AM will establish a new covenant with the house of Israel and with the house of Judah. Hebrews 8:8

21. “Then say to them, ‘Thus says the Lord God: “Surely I will take the children of Israel from among the nations, wherever they have gone, and will gather them from every side and bring them into their own land; 22. and I will make them one nation in the land, on the mountains of Israel; and one king shall be king over them all; they shall no longer be two nations, nor shall they ever be divided into two kingdoms again.

“Sit here at My right hand, in the place of honor and power, And I will gather your enemies together, lead them in on hands and knees; you will rest your feet on their backs.”The Eternal will extend your reach as you rule from your throne on Zion. You will be out in enemy lands, ruling. Your people will come as volunteers that day; they will be a sight to see: on that day, you will lead your army, noble in their holiness. As the new day dawns and dew settle on the grass, your young volunteers will make their way to you. The Eternal has sworn an oath and cannot change His mind: “You are a priest forever— in the honored order of Melchizedek.”The lord is at Your right hand; on the day that his fury comes to its peak, he will crush kings. YOU WILL SEE THE DEAD IN HEAPS AT THE ROADSIDE, CORPSES SPREAD FAR AND WIDE IN VALLEYS AND ON HILLSIDES. Rulers and military leaders will lie among them without distinction. This will be his judgment on the nations. There is a brook along the way. He will stop there and drink; And when he is finished, he will raise his head. - Psalm 110:1-7 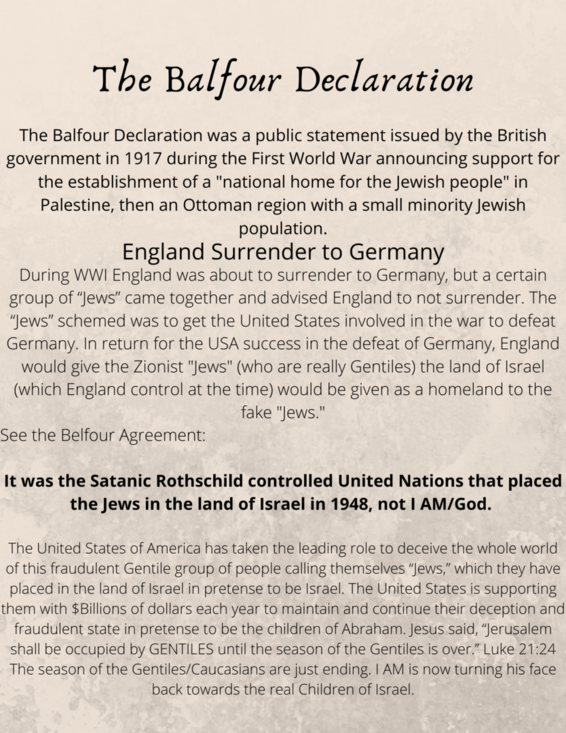 Then what remains of Jacob will be like a dew from the Eternal, like showers on the grass, which are beyond the control of humans. He will be spread throughout many peoples and many nations. Like a lion among beasts of the forest, a young lion among flocks of sheep, He tramples and tears as he goes; NO ONE WILL SURVIVE. You will have victory over all your enemies, AND ALL WHO OPPOSE YOU WILL BE DESTROYED. And with anger and great wrath, I will execute My vengeance against all the nations that have disobeyed Me!  Micah 5:7,9,15

​​Welcome to the Bulletin Board

THERE IS NO CORONAVIRUS PANDEMIC

YOU ARE BEING DECEIVED 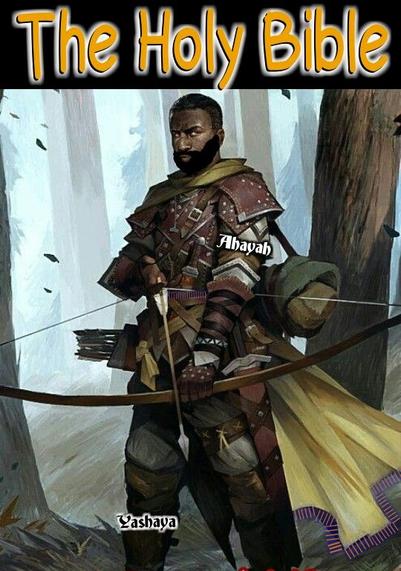 THE 400 YEARS IS OVER
PLEASE PRESS HERE

Eternal One:  Watch what I’m going to do: I am ready to wave My hand over them to command punishment, AND THEIR OWN SLAVES WILL TURN AGAINST THEM AND STRIP THEM BARE. When these things happen, you will know the Eternal, Commander of heavenly armies has sent me as His prophet.

Eternal One:  Sing out loud and be happy, daughter Zion, because you will see Me coming and I will live among you.

WHAT IS THIS PRETENDED PANDEMIC ALL ABOUT? 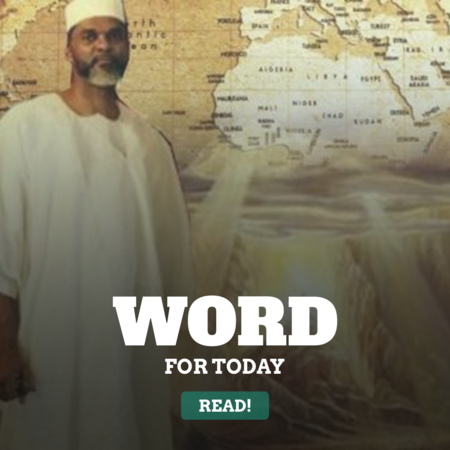 Mark of the Beast