Someone said, Today we need men of understanding to tell us what to do.
Proverbs 28:2 (NIV)

When a country is rebellious, it has many rulers, But a ruler with discernment and knowledge maintains order.

Millions of people do not want to follow the Beast (New World Order) However, they refuse to completely sell out to the Creator of Heaven and Earth and acknowledge Him as God and owner of everything including themselves. Now we have come into a time in the history of making when it can cost you to confess YeshaYah but it will cost you even more not to confess YeshaYah. What will you do? Detention camps are being established all around the United States of America for the purpose of detaining people who will not submit to the New World Order and receive the Verichip. 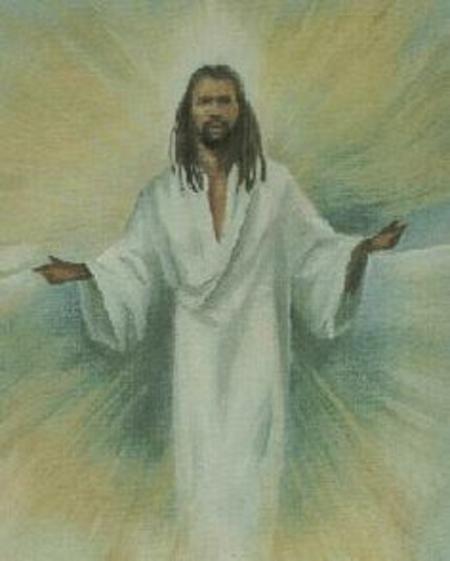 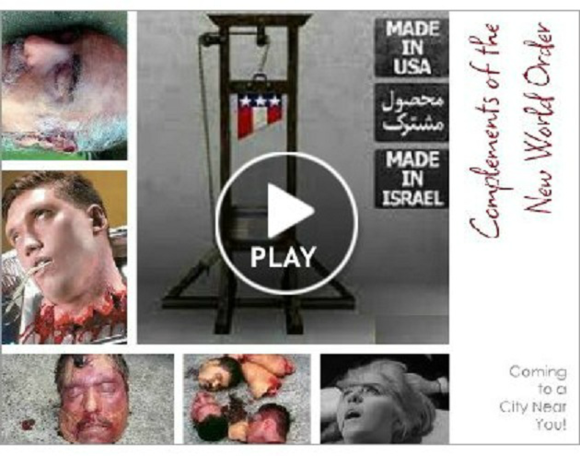 BLOW THE TRUMPET IN ZION 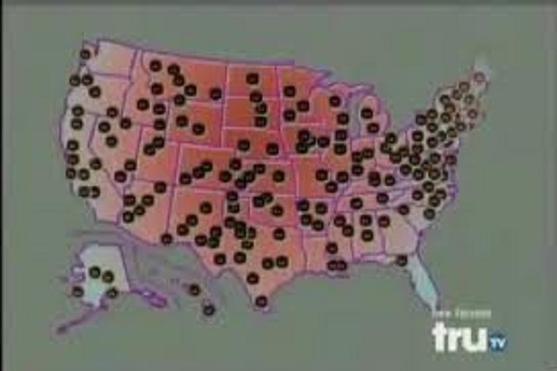 Choose some wise, understanding and respected men from each of your tribes, and I will set them over you.”

I have searched all over the World looking for a wise men that has answers to this dilemma. I have searched high and low for men with answers but I can't find any. Everyone talks about the problem but no one has the answers. Who has the answers? Where is the WISE man that I AM is speaking through? Where is the WISE man that can unify the people, rendering answer as to what we should do and prepare the people for war? Satan has declared war on the World and the Saints of and no one in the World has the answer.  Deuteronomy 1:13 (NIV)

From Issachar came men who understood the times and knew what Israel should do—200 chiefs, with all their relatives under their command.  1 Chronicles 12:32a (NIV)

I ask again where is the man of understanding for the time and season in which we live, so that Israel would know what we are to do? If he is here he should stand up and be counted so that the people can choose him as their leader and  the Great I AM can Anoint him and set him over us to lead us.

Satan has a plan to ravish the World with his New World order, BUT I AM has a plan also. The Prophet Daniel stepped on the scene in his season when the Children of Israel needed a WISE man who could tell them what to do. In the book of Daniel Chapter two, King Nebuchadnezzar needed an interpretation of his dream. Daniel interpreted the King's dream which showed the future of Super Power Kingdoms and Governments that would rule the World from that time foreword.

"In that day the God of Heaven will establish His own Government/Kingdom on Earth that will never end."

America is the last Super Power before I AM use Us to establish His Kingdom/Government on Earth which will be the final Kingdom. 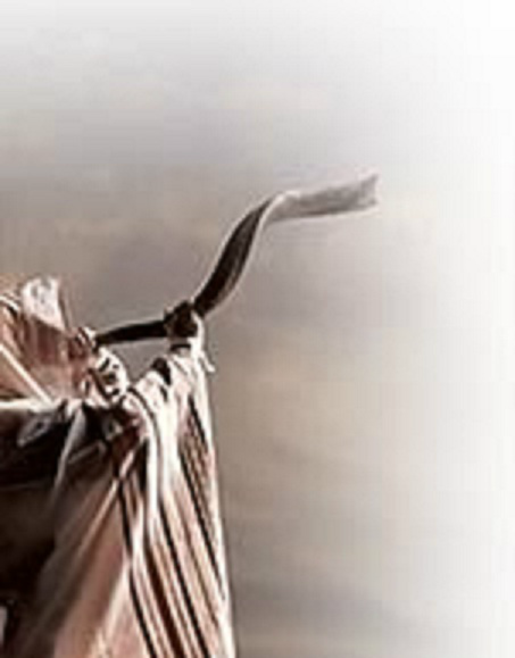 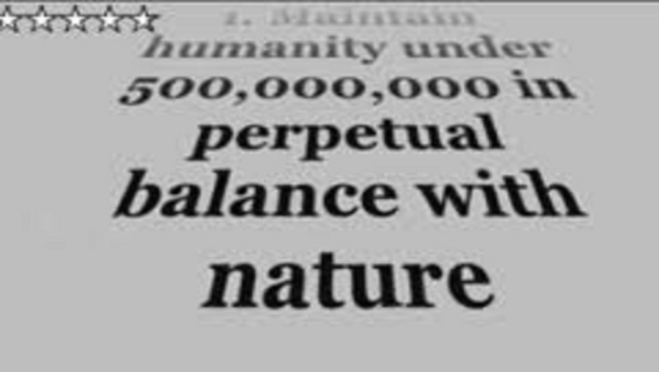 Fema Camps set up throughout the USA 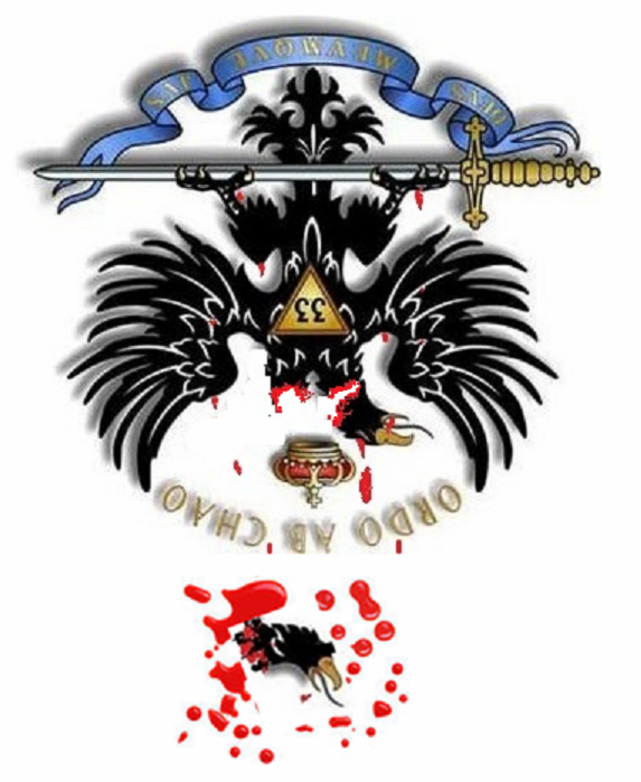 “This was the dream, and now we will interpret it to the king. Your Majesty, you are the king of kings. The God of Heaven has given you dominion and power and might and glory; in your hands he has placed all mankind and the beasts of the field and the birds in the sky. Wherever they live, he has made you ruler over them all. You are that head of gold.

“After you, another Kingdom will arise, inferior to yours. Next, a third Kingdom, one of bronze, will rule over the whole Earth.

Finally, there will be a fourth Kingdom, strong as iron—for iron breaks and smashes everything—and as iron breaks things to pieces, so it will crush and break all the others. Just as you saw that the feet and toes were partly of baked clay and partly of iron, so this will be a divided Kingdom; yet it will have some of the strength of iron in it, even as you saw iron mixed with clay. As the toes were partly iron and partly clay, so this Kingdom will be partly strong and partly brittle. And just as you saw the iron mixed with baked clay, so the people will be a mixture and will not remain united, any more than iron mixes with clay.

“In the time of those kings, the God of Heaven will set up a Kingdom that will never be destroyed, nor will it be left to another people. It will crush all those Kingdoms and bring them to an end, but it will itself endure forever.

This is the meaning of the vision of the rock cut out of a mountain, but not by human hands—a rock that broke the iron, the bronze, the clay, the silver and the gold to pieces.

“The great God has shown the king what will take place in the future. The dream is true and its interpretation is trustworthy.”

OCCUPY UNTIL I COME

It was able to animate the image of the Beast so that it talked,and then arrange that anyone not worshiping the Beast would be killed. It (The NOW/Beast) forced all people, small and great, rich and poor, free and slave, to have a mark on the right hand or forehead. Without the mark of the name of the Beast or the number of its name, it was impossible to buy or sell anything.

I AM not saying this to frighten anyone. I AM saying that you must make a decision now as to what you will do. Satan is not playing. These people following satan's orders are not playing. These people are working for satan and he will have them executed if they do not follow his orders to set up the New World Order Beast system. AhaYah is allowing it, YeshaYah is allowing satan to make his move as the god of the Kingdoms of this World Systems.

YeshaYah said in His word, "I come in my father's name and you received me not, Let another come in his own name and him you will receive." YeshaYah said, If you are not for me you are against me. What will you do people?

THE CHOSEN PEOPLE OF I AM ?

Please be advised, If you follow I AM and His Son Yahushua they will do everything in their power to kill you. Hebrew Israelites, Christians and anyone who oppose their NWO which the scriptures call the "Beast" are the number one target for extermination for these evil, satanically inspired people. What will you do? How will you protect yourself? How will you protect your children? You do not have enough weapons to stop the Armies of the many Nations that are Allied under their control. 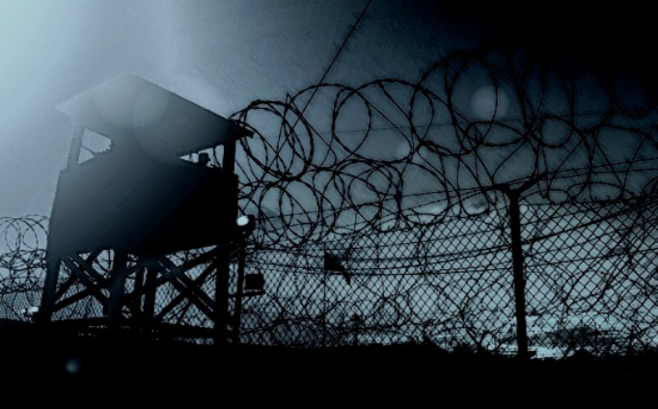 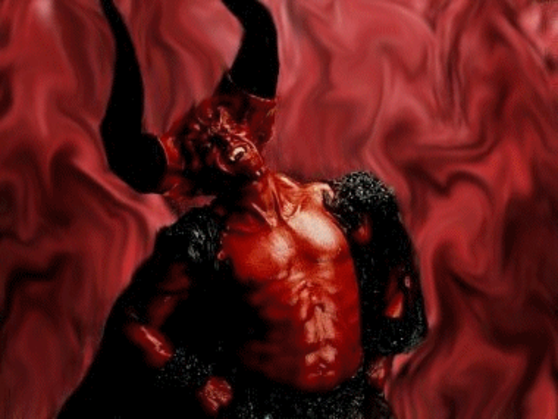 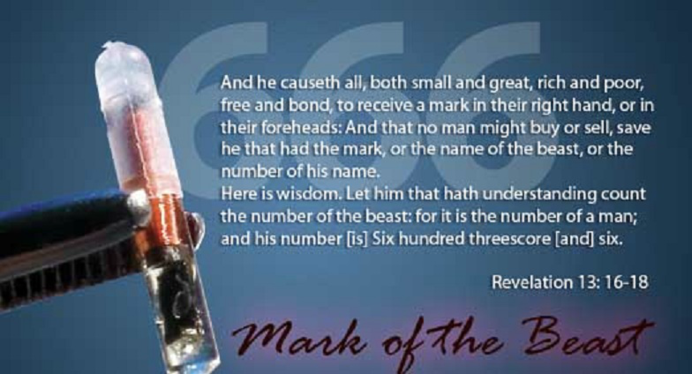 This Beast is about to move to have you and everyone else in the World chipped so that they can keep track of you. What will you do? You will not be able to buy or sell goods unless you have this chip implanted under the skin in your right hand or in your forehead. Our Master Yahushua/Jesus saw this two thousand years ago, look what He said they will do. 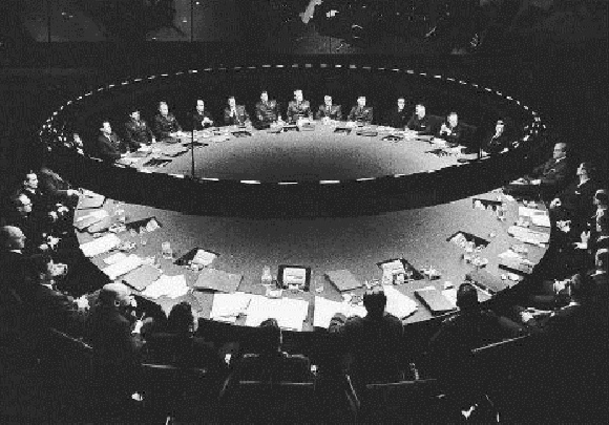 We are living in a season in time in the history of mankind when the greatest threat to the existence of humanity has ever existed. Satan true to his nature has deceived men whom he has lavished with wealth and power to establish systems and hijack Governments with the idea of promoting satan as God. These misguided fools have bought into these lies, hook, line and sinker. They have been lied to and deceive to believe that in the battle between good and evil that satan will arise victorious.

They have been promised that they will rule and reign along with satan in his Kingdom. If only those whom have passed on from this life could come back from the afterlife to tell the followers of satan that he is lying, and nothing but eternal torment, torture and pain is waiting for them. If they received that messenger, it would be a different story. However, the word of God says that even if one was to raise from the dead, people still would not believe. 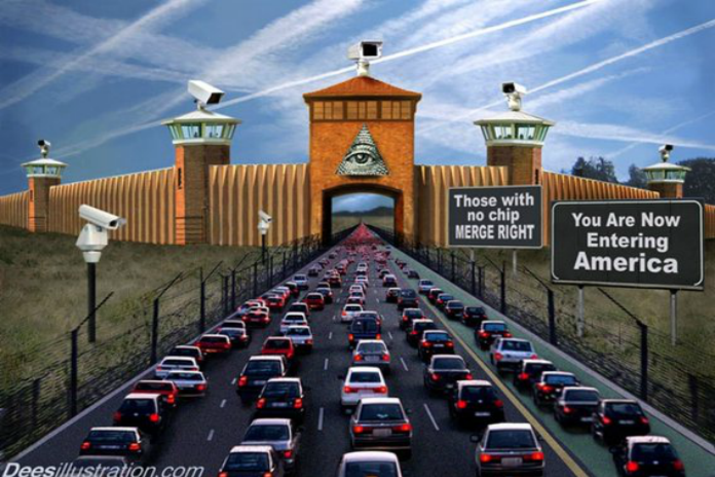 Satan who wants to be like I AM our God has committed himself, his demons and his evil faithful human followers into deceiving the whole World into being a part of his plan for a One World Government that will worship and promote him as god. Once established whosoever seeks to oppose this evil system of government will be hunted down and exterminated by the powers and authorities of the New World Order.

No longer will we be able to walk the fence. Satan want us dead. If he has no use for us  he will have his followers kill us on the spot. What will we do. The time of decision is now not tomorrow. Tomorrow they may be rounding up Earth's population for execution. What will we do today.  We must choose today who's side we will be on. We must know ahead of time who we live for, YeshaYah, ourselves or satan. Choose this day whom you shall serve. Who will you follow?

AND
THE RISE OF

THE KINGDOM OF I AM 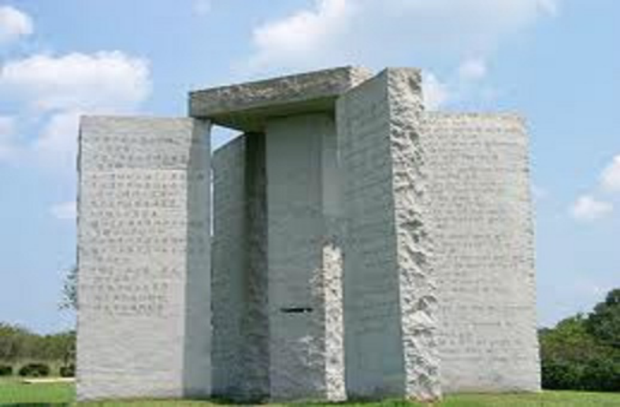 These evil promoters of a New World Order (NOW) are sold out to the idea of establishing a World under one evil system of Government. One World Government in and of its self is not such a horrible idea but the problem we face is that these people are marching forth to establish a One World Government/Order under the complete rule and powers of satan.

Do not be alarmed but, the establishment of a One World Government did not originate with satan. The word of God declare that a One World System of Government under the leadership of YeshaYah will be established for a thousand years.

Satan is a copycat, he produce nothing. Everything I AM/God declares He will do. Satan wants to copy it, however nothing but evil originates with him. He perverts everything that is good and wholesome. For six thousand years man has walked on the face of the Earth. There has not been one system of government on Earth that has completely sold out to the creator of Heaven and Earth to acknowledge Him as God and owner of all. No Nation along with its citizens has thoroughly sold out to I AM. Not even the true Nation of Israel has achieved this lofty goal which I AM has sought to establish in His chosen Nation of people.

PREPARE TO RULE AND REIGN

One of the agendas and goals of the One World Government is to reduce the population of planet Earth by 90%. There are 6 billion people on Planet Earth. That means the NWO they will kill 5.5 billion people to get the population down to what they call "Acceptable levels." That also means that they plan to kill you and I. They will succeed if we do not follow the word of I AM to do what he said about the matter.

Those who claim to be followers of I AM are in a crises, they are about to be tested to their limits. We will see a deciding factor as to who are really followers of I AM and who are not. Satan will give many a choice to serve, follow and worship him as God or I AM as creator of all and die. Those who are half hearted and are not completely sold out to I AM will die by the hands of satan and his followers only to appear in a burning hell. Many who confess I AM and His Son Yeshayah/Jesus shall also die by being beheaded. 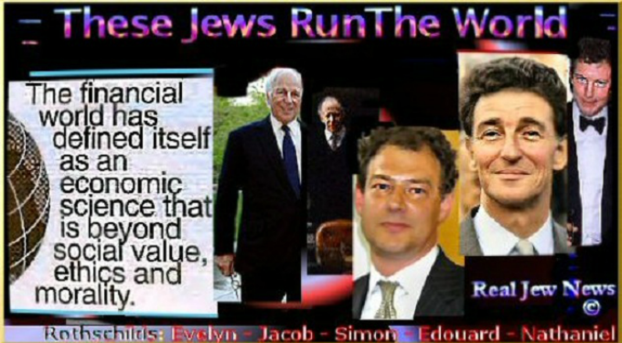 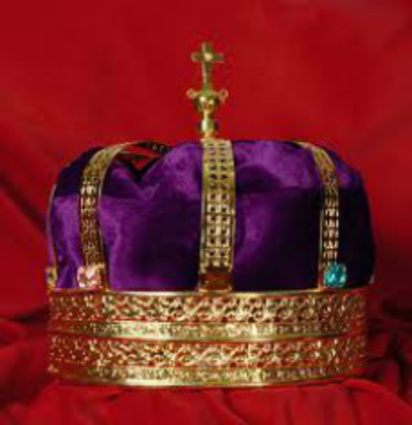 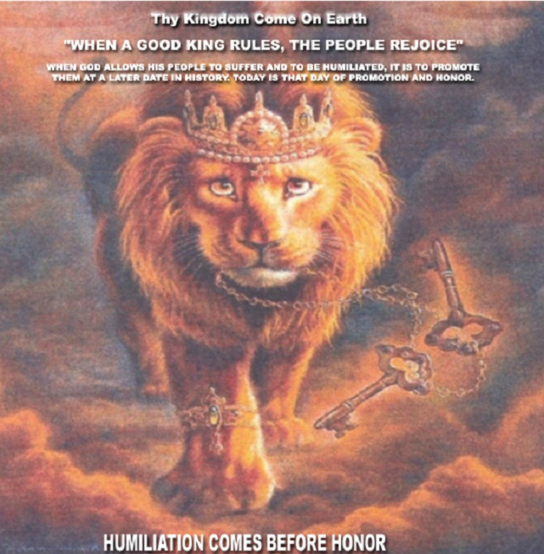