And I AM your God will put all these curses upon your enemies, and on those that hate you, and those that persecuted you.

I AM our God cursed the Children of Israel greatly in sending them into slavery throughout the Nations of the World but He also made this vow to them.

I will bless them that bless you and I will curse them that curse you. And they shall take

Please know and be seriously advised that those Negros that you so cruelly mistreated through slavery, beating, torturing, murder, rape, hanging, starvation, acts of depravation are in fact my chosen ones, the infamous Children of Israel. I want to personally let you know that I AM at this moment preparing your immediate repayment for the host of atrocities that you have committed against Me and My people Israel says I AM.

Ignorance is no excuse for mistreating any people. My word says, "Do unto others as you would have them to do unto you."  It is most obvious that by the way that you treated My Negro inheritance Israel that you wanted Me to treat you in the same manner. However, I will not allow My people to hate and misuse others. I have chosen my inheritance to operate in love and compassion towards all men. I will judge others for their mistreatment of you. Judgment is mine says I AM.
​

​Your Fate is Sealed
Unto the Day of Judgment!

Oh Gentile/Caucasian Nations, This is the fate that awaits you: hardship, misery and suffering, poverty, lack and want. A servant you shall be unto others for the rest of your days. As you dished it out so shall you receive a double portion as your reward says Yeshayah!

​To my fellow citizen of the human race, I bring this message to you in Love. That you would not be able to say, "No one told me so." I would like to come to you with a humble heart and a gentle spirit but, with the most recent events of mass murdering of Negroes by the police and other members of the White race I do not feel so gentle. As a matter of fact I am truly looking forward to the judgment of I AM upon the "White" for their  gutless actions against a defenseless people.

It should be completely understood that I AM in nowise seeking to be arrogant or malicious, neither am I speaking out of anger or hurt, but I am speaking from a sense of being completely fed up with the foolishness of the White race. Because of these actions and the lack of justice I am looking forward to the demise of the "White race in its fullness. I speak not words that I dreamed up or anything that I desire but I speak the words of Him who is the Creator of all things,  the great that I AM.

It is my greatest desire to render proper protocol in informing you of the transition that is taking place in this hour of our Master YeshaYah our Messiah. I AM delivering a message of things that are to soon come to past and are now developing. These are clearly written in God's Holy word, the Negro History Book called the Bible. 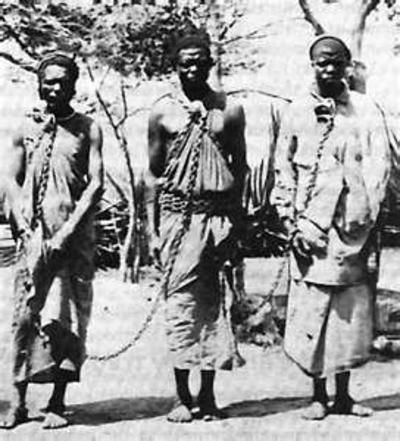 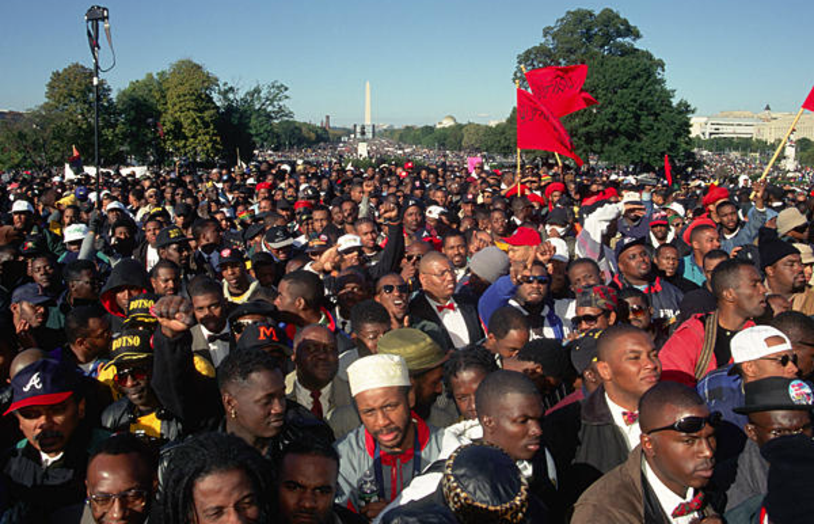 Gentile Nations, Your Captivity is Assured


Many shall look at you and shake their head saying, "How far you have fallen. When you enjoyed the good of the land you refused to share anything with my chosen Negro people Israel. You desired for their death now death shall desire for you. You also shall desire death but I have commanded death to flee from you until I have finished taking my revenge upon you for all the great evil and wickedness you brought upon my Negro people Israel says I AM.

You shall see your children taken from you and sold to the stranger and there is nothing you shall be able to do. You shall marry a woman and another will sleep with her and enjoy her. You shall live in constant fear and torment for the evil which has come upon you. You claimed to be superior to others now others are your superiors. You shall bow low before my Negro people and restore all you have stolen from them until they be rot upon your bones. 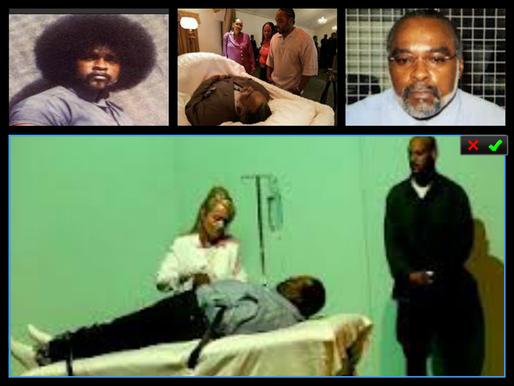 Gentiles/Caucasians Pretending To Be Jews/Israel 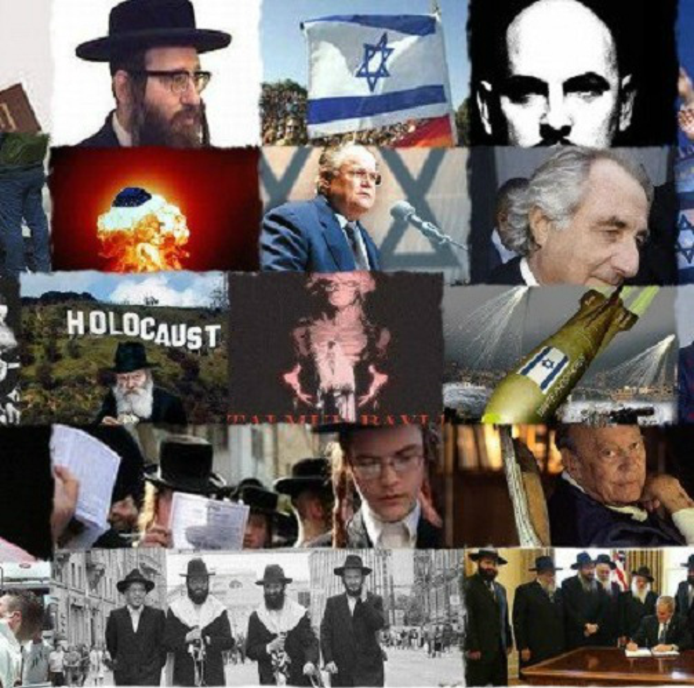 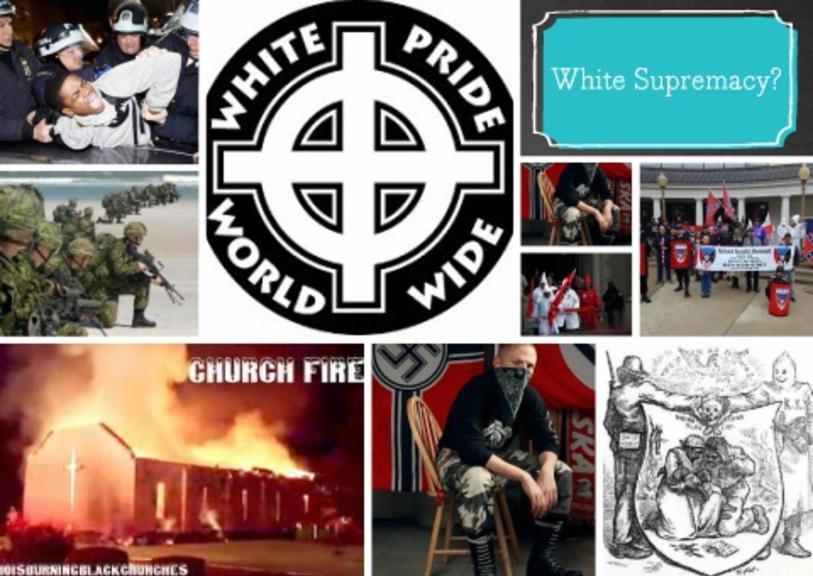 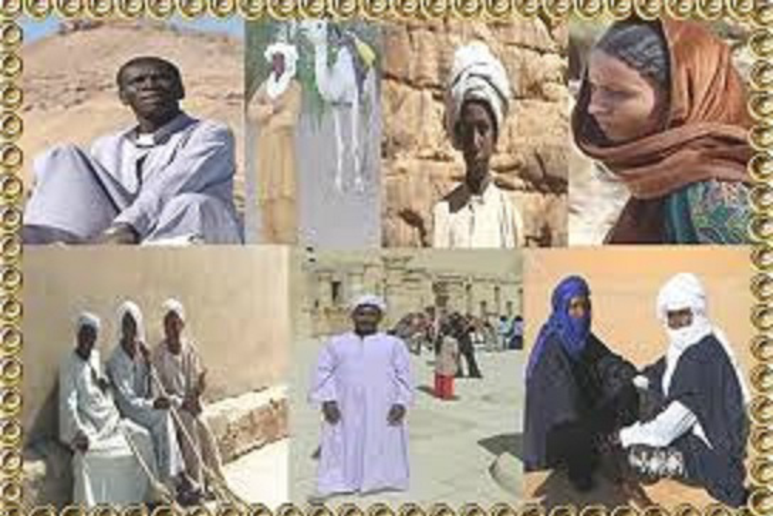 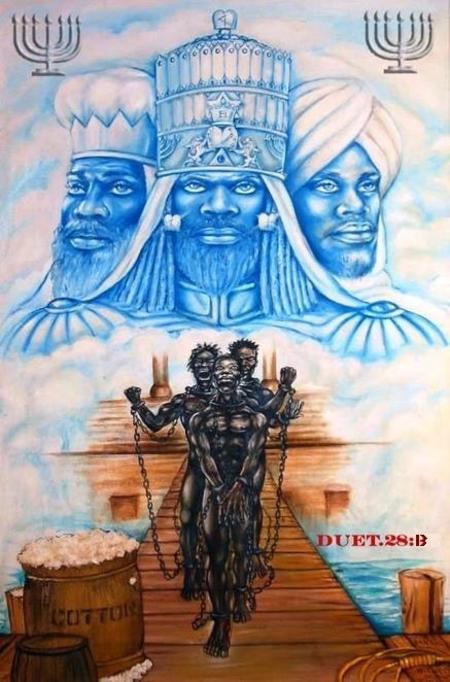 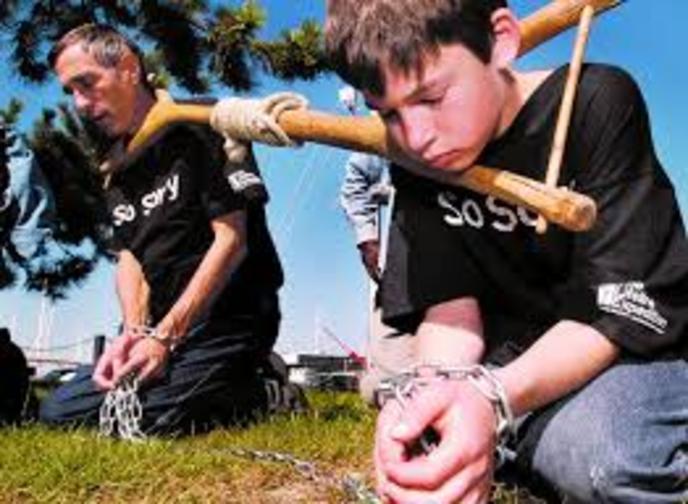 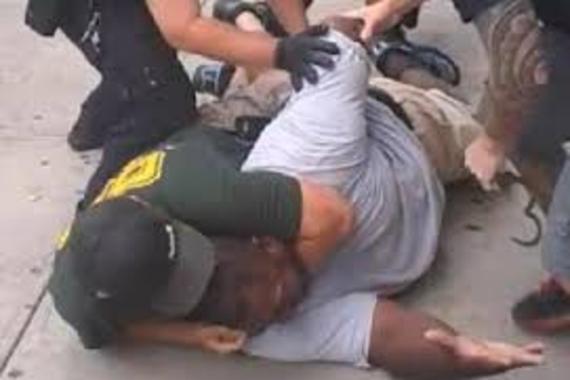 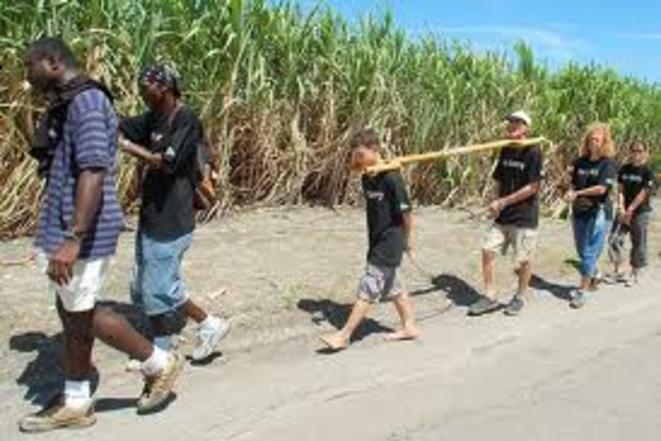 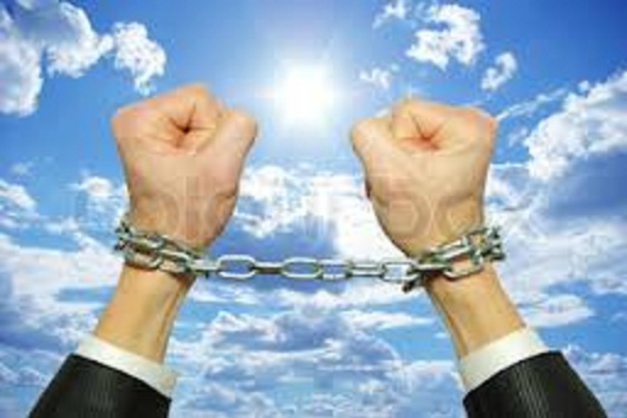 Hear the words of I AM

Those Whom Call Themselves, "WhitePeople/Caucasians" 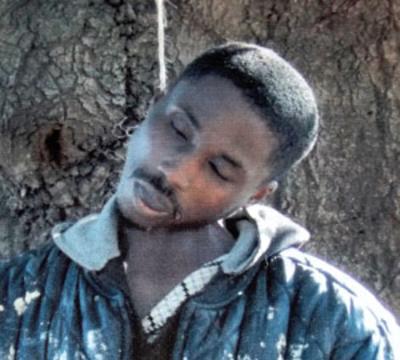 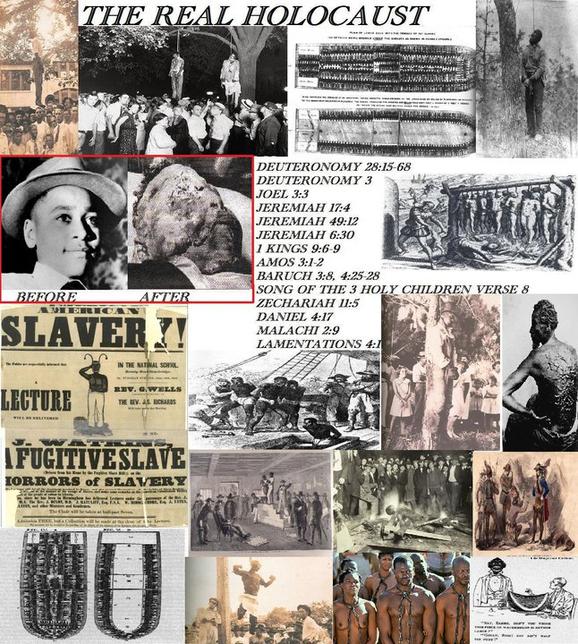 The Slaves Shall Become Your Slave Masters


For God will have mercy on Jacob,(Negros) and will yet choose Israel, and set them in their own land: and the strangers shall be joined with them, and they shall cleave to the house of Jacob.


And it shall come to pass in the day that I AM shall give you/Negroes rest from your sorrow, and from your fear, and from the hard bondage that you/Negroes were made to serve.  Joel 3;1-3

And I will sell your/(Caucasian and Arab) sons and your daughters into the hand of the children of Judah, (Negroes) and they shall sell them to the Sabeans, to a people far off: for I AM has spoken it. 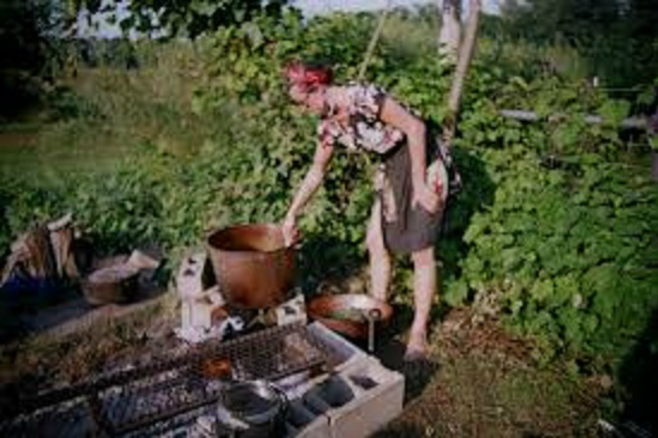 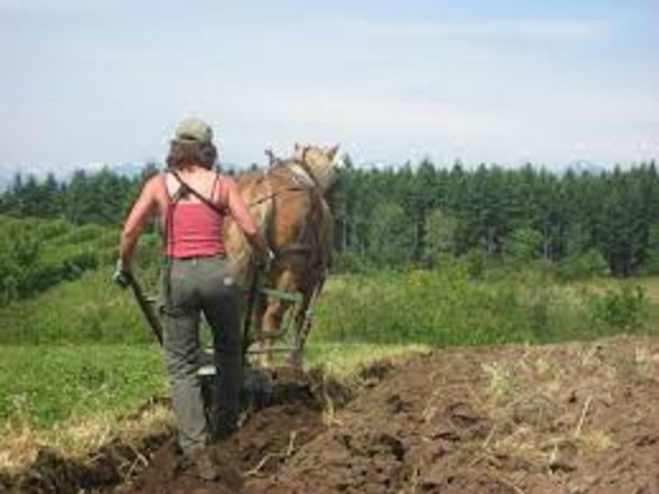 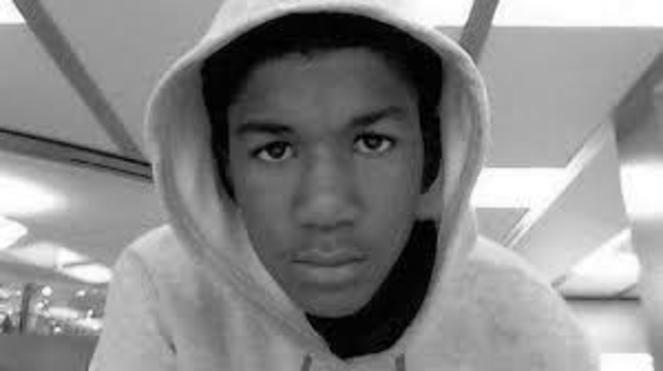 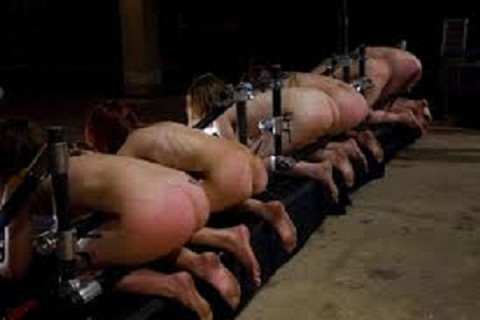 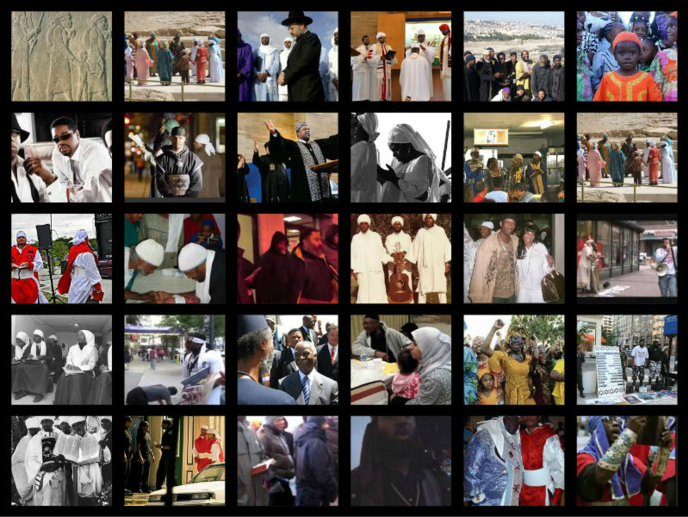 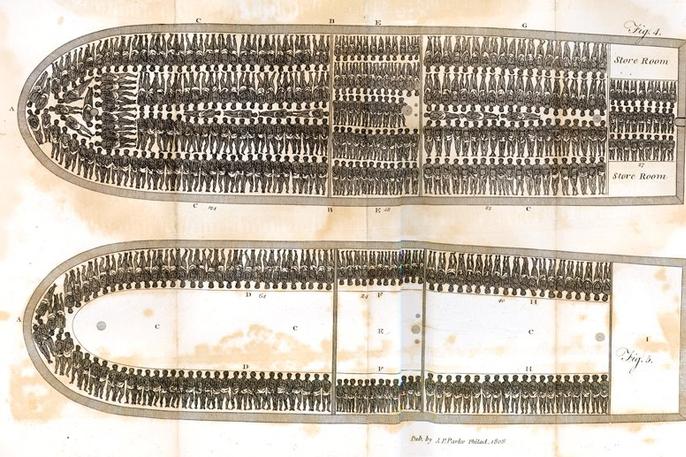 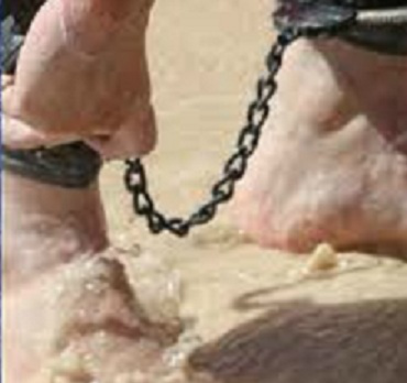 Hear the grievances brought against the Gentile(Caucasian) Nations by I AM the Creator of Heaven and Earth on behalf of His People, the Children of Jacob, the Negro  Nation of Israel. These complaints and judgments shall be mentioned hereafter.

These atrocious acts committed against the people of I AM could not be understood in time past because of your limitation of understanding. This is due to the deception of the evil one rendering dishonesty to the Gentile (Caucasian) people and that same people deceiving themselves and others into believing the same lies. They are deceiving and are being deceived.

Even unto this day some of your sect is still committing blasphemous and most serious acts of malicious misrepresentation against my people by lying in claiming to be my chosen people, the Children of Israel. These Gentiles are more commonly called, "Jews." For this act of treachery I shall repay double and cause them that do such things to come and worship at the feet of my chosen Negro Nation of people. Of assuredly it is written:

O LORD, my strength, and my fortress, and my refuge in the day of affliction, the Gentiles (Fake Jews) shall come unto thee from the ends of the earth, and shall say, Surely our fathers have inherited lies, vanity, and things wherein there is no profit.

The forefathers of these (Gentiles/Fake Jews) whom commits blasphemy by calling themselves, "Jews," though they are not, has inherited these lie from their forefathers from generation to generation. This is a very treacherous act against my people the Hebrew Israelites and their fellow Gentile Nations. This act causes great harm to my people and those whom commit feats of cruelty against my people shall be judged.

THE ARK OF THE COVENANT 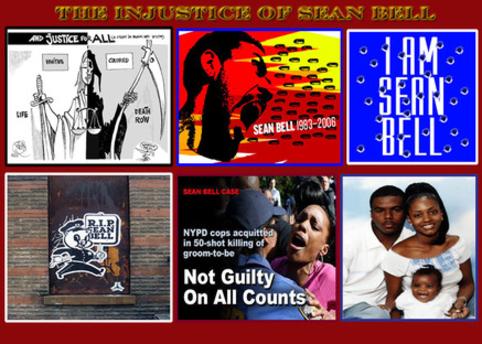 We are told in the word of God to "speak the truth in Love." Furthermore we are told by our Messiah,

But I tell you, Love your Enemies and pray for those who         persecute you. That you may be children of your Father in heaven."
Matthew 5:44-45


I speak no words of Hate. It profits me nothing to hate those that HATE Me. We as a Negro Nation people are hated and are being mistreated yet we offer up no evil. Yeshayah is about to repay.


The Apostle Luke witnessed Yeshayah saying it in this manner:

“But to you who are listening I say: Love your enemies, do good to those who hate you.  Bless those who curse you, pray for those who mistreat you.


Many are coming into the realization and order of the Earth and Universe. God the Great I AM established decrees thousands of years ago dealing with His chosen people Negro Nation of Israel. He chose Jacob of the twin sons of Isaac who was the son of His servant Abraham to be a covenant people unto Himself.
​ 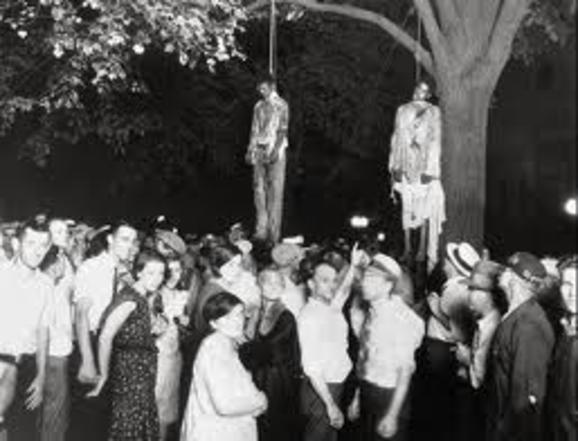 ​The covenant is a perpetual Covenant based on the obedience of the children of Jacob whose name was changed to Israel. The terms of the Covenant stipulated that if the Children of Israel would keep the Covenant I AM would establish them as a people that would be blessed far above all the Nations of the World. That they would be the head and not the tail. They would be above all others Nations and not beneath. I AM vowed to Himself that He would be a Husband to the Children of Israel, loving her and that he would cherish Israel. 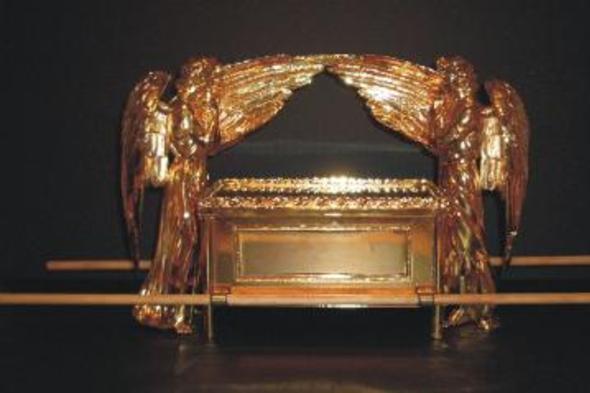 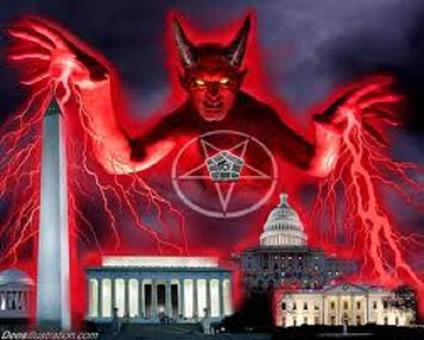 The Real Children Of  Israel 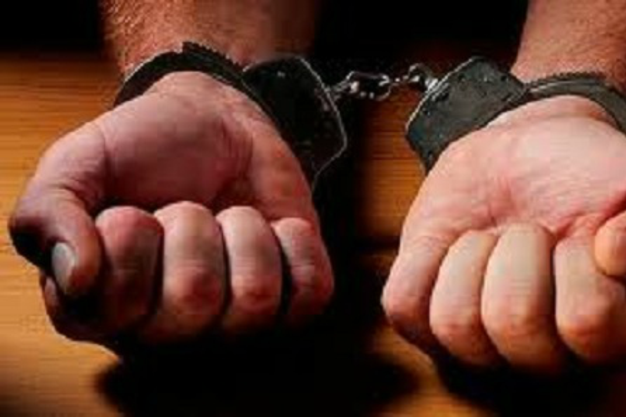 ​Yet the Hebrew Israelites will be like the sand on the seashore, which cannot be measured or counted. In the place where it was said to them, ‘You are not my people, ’They will be called Children of the living God.

Just as the actions of the ancestors of the Negro race of Israel plunged Negroes into slavery by their actions the same is being done to the "White" race. The sad part about this matter is that 99.9% of the "White" race have no clue that they are about to be enslaved by the nations of the world. The same is true of those of the "Arab" world. These misguided race of people unknowingly misused and abused the chosen people of I AM and it has cost them everything.

It is my personal conviction that the so-called Arab world is nothing but "White" folks in disguise. They are no more Arab than the man in the moon. Whatever lands they conquer the pretend to be that people, as they did with the native Indians of America, as they are doing in the land of Israel by pretending to be the Negro nation of Israel, etc. These people are just plan gutless, merciless, ruthless thugs who cares for no one but themselves and their own pleasures. As the Word of I AM says,

If I AM did not spare Israel/Negroes do you think he will spare you?"

​Rather than learning from Negroes/Israel's past which brought us to ruin by our rebellion and disobedience to our God, these fools chose the same path. Even worse, they chose to straight up worship and serve Satan who was the architect of Negroes/Israel destruction, therefore their doom and fate is sealed. As the "White race showed no mercy to others, neither will other ethnic groups show mercy to them whose country they have rape, murdered and pillaged.

They have sinned against my chosen Negro people and have caused their fellow Gentile/Caucasian brothers to sin against my chosen people unknowingly therefore they are doubly judged. They are Gentile/fake Jews. imposters perpetrating fraud against my Hebrew Israelite people depriving them of their rightful inheritance.

In fact, everyone who wants to live a godly life in YeshaYah will be persecuted; while evildoers and impostors will go from bad to worse, deceiving and being deceived.
2 Timothy 3:12-13 [NIV]

They have made deals for my land in this act, all who are involved in the trespassing of my land shall pay greatly for such hoax. For, behold, in those days, and in that time, when I shall bring again the captivity of Judah and Jerusalem, I will also gather all nations, and will bring them down into the valley of Jehoshaphat, and will plead with them there for my people and for my heritage Israel, whom they have scattered among the nations, and parted my land.
Joel 3:1-2 [KJV]

The wind of the Spirit bears witness to my words. For, many are testifying of the great things that are coming upon the descendants of ancient Israel.

​“‘Everyone who hurt you/Negroes will be hurt; your enemies will end up as slaves. Your plunderers will be plundered; your looters will become loot. As for you, I’ll come with healing, curing the incurable, Because they all gave up on you and dismissed you as hopeless— that good-for-nothing Zion/Negroes.’
Jeremiah 30:16 (MSG)​