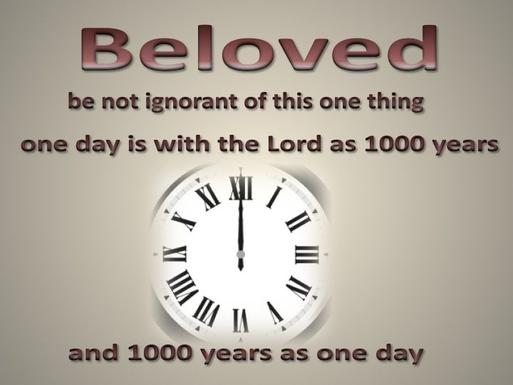 The word of God says. “I’ll take joy in Jerusalem, take delight in my people: No more sounds of weeping in the city, no cries of anguish; No more babies dying in the cradle, or old people who don’t enjoy a full lifetime;

One-hundredth birthdays will be considered normal— anything less will seem like a cheat. They’ll build houses and move in. They’ll plant fields and eat what they grow.

No more building a house that some outsider takes over, No more planting fields that some enemy confiscates,

For my people will be as long-lived as trees, my chosen ones will have satisfaction in their work.

The Bible declares that I AM will literally come down from heaven and live amongst us.

“Let thy Kingdom come and thy will be done on earth.”


In the presence of I AM nothing gets old or dies. Death cannot dwell in God’s presence. We will live for hundreds of years and still look as if we are around age 30.   Yep, a fountain of Youth!

You can’t say that about those wrinkle face, Satan-worshipping, Luciferians whom Jesus said, “Are of the synagogue of Satan,” fake Jews! Hahaha haaaaa!

So anyway, with I AM living amongst us in the land of Israel we will live almost a thousand years 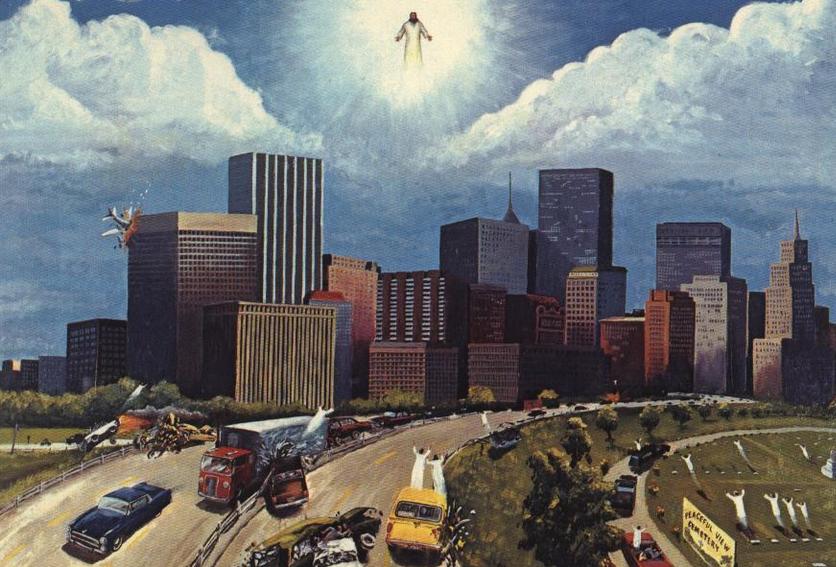 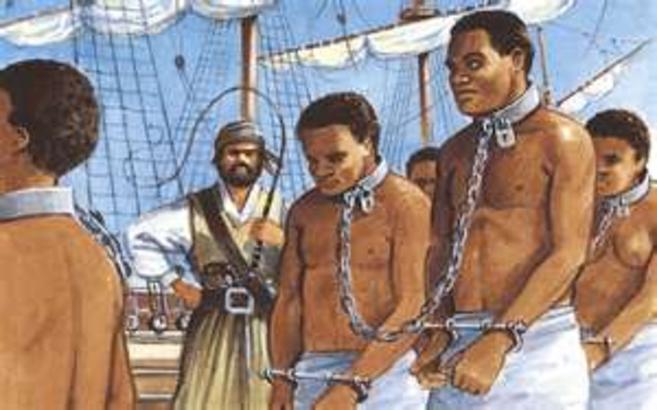 ​All who have done so are about to reap the reward of their actions. Who are the Children of Israel? The so-called “African Americans” and those whose ancestors were brought to the nations of the world as slaves during the middle passage for over the last 400 years. Fulfilling Deuteronomy 28:68

So you are standing on the threshold of the judgment of I AM. But I AM say this about the so-called “African Americans" and the rest of Israel, the children of Jacob,

“But not so with Jacob/“African Americans,”/Negroes, God will have compassion on Jacob. Once again he’ll ​choose Israel/Negroes. He’ll establish them in their own country. Outsiders (Caucasians/White people/Gentiles, will be attracted and throw their lot in with Jacob. The nations among whom they lived will actually escort them back home, and then Israel will pay them back by making slaves of them, men and women alike, possessing them as slaves in I AM's country, capturing those who had captured them, ruling over those who had abused them.”   Isaiah 14:1-2 MSG

So, there will be no escape for Caucasians/Gentiles or the Arab world to circumvent the judgment of I AM. Read the Word of our I AM. You are now destined to become the slaves of those you enslaved. We are now your taskmaster. Just as you dished slavery out on a silver platter to us/Negroes/Israel it is now being returned upon your own head.

All the curses of Deuteronomy 28 and Leviticus 26 have now been assigned unto your bosom. And no one will be able to do anything to set you free as a people.

Nations of the world are advised. All who have cursed Israel/Judah/“African Americans/Blacks/Negros are now cursed themselves. No Arabs Nations, we have not forgotten what you have done! Your punishment is sure.

So as It Is Written! So, let it be done!


I am King David, and I approve of this message!


Excerpts from the book, "The Hebrew Israelite Manifesto," by Prophet Travis Refuge, On sale at any Major Book Store.

People, It’s been 2000 years since YeshaYah made that statement. Jesus is God in the flesh. He cannot and will not lie. So what is going on here? Well, let me put this matter into proper perspective.

Jesus has only been gone for two days. The bible says, Do not forget this one thing, dear friends: With I AM a day is like a thousand years, and a thousand years are like a day.”
2 Peter 3:8 NLT

Therefore, I hate to disappoint you Gentile/White/Caucasian Christians out there who are trying to escape the wrath of God for all the dirt and filth you have done to Judah/Israel/Black/“African American/Colored people, but we still have one more day or approximately a thousand years before Yeshayah return to get his bride/us. Yeshayah normally biblically appears on the third day, not the second day.

Three days is soon if you look at it from I AM’s perspective. With a sober mind and spiritual eyes one can see that Jesus/Yeshayah is coming on the third day. And that would be at the beginning of the seven thousand year time frame/marker of the human race, not at the six thousand year marker which we have just entered into. There is still one more day which is a thousand years.

Christians say, “The generation that is alive when Israel is re-established as a nation in their own land will see the return of Yeshayah! Yes, that is very true but, Israel have not returned back to her own land yet. We/Israel are still in our land of captivity serving our host nation. The real children of Israel are the Negroes.

Here is the mystery! Once we/Negroes/Israel are returned back to our Promised Land, I AM will move into the land of Israel with us and we will live as long as trees. 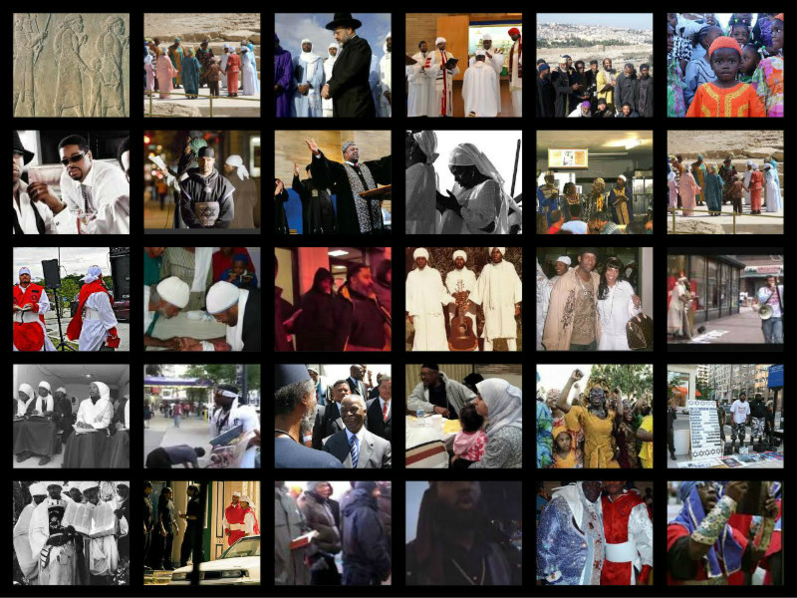 16 For the Lord himself shall descend from heaven with a shout, with the voice of the archangel, and with the trumpet of God: and the dead in Christ shall rise first:
17 Then we which are alive and remain shall be caught up together with them in the clouds, to meet the Lord in the air: and so shall we ever be with the Lord. 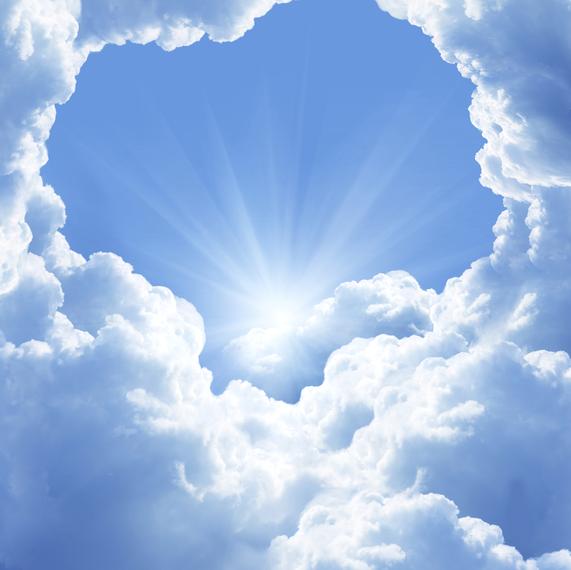 
There will be a “Rapture”/Catching Away of the Saints of God, however, Let me start off by sharing a personal  experience in the form of a Night Vision/Dream.

I was sitting on the side of the bed talking to my wife. Suddenly I heard a loud trumpet blast. I blinked my eyes. Then flooded my head the meaning of the scripture ("We will be changed in a moment, in a twinkling of an eye") it immediately took on the meaning “in a blink of an eye.”

While this was happening, all I could think of was how real and accurate the scriptures are and the promises of Jesus/Yeshayah is real.

I am a very curious person so I turn my head to get a look at the angel on my left side escorting me up into the heavens and he pushed my face back around so that I would look up. When I look up Jesus/Yeshayah was standing in the clouds waiting. When I finally got close enough to touch him, the vision suddenly ended. It was so real. It was as if this was actually taking place at that very moment. I was stunned in complete shock and amazement.

It was one of the most amazings thing that ever happen to me in my life. From that experience YeshaYah was letting me know that for sure he is coming back to get his saints and gather them for the marriage feast of the Lamb. There definitely will be a rapture/catching away of the saints.

So I absolutely believe in the rapture/catching away of the Saints of God 10000…% It will happen! However, Houston we have a problem. Jesus said, “Look, I am coming soon.”

People, It’s been 2000 years since YeshaYah made that statement. Jesus is God in the flesh. He cannot and will not lie. So what is going on here? Well, let me put this matter into proper perspective.

Don't let anyone deceive you in any way, for that day will not come until the rebellion occurs and the man of lawlessness is revealed, the man doomed to destruction. 2 Thessalonians

Behold, I show you a mystery; We shall not all sleep, but we shall all be changed, In a moment, in the twinkling of an eye, at the last trumpet: for the trumpet shall sound, and the dead shall be raised incorruptible, and we shall be changed. 1 Corinthians 15:51-52.