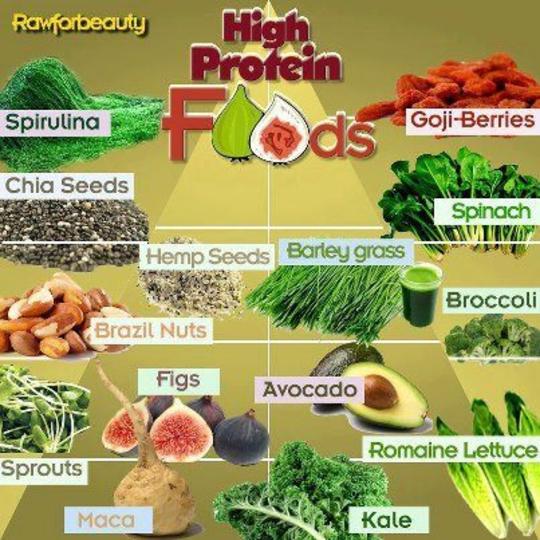 Red wine, which is rich in antioxidants and polyphenols, including powerful resveratrol, looks like blood. “When you drink it, you’re really loading up on the healthy stuff that protects against destructive things in the blood, like LDL cholesterol, which can cause heart disease,” says Somer. “There’s also a blood-thinning compound in red wine, so it reduces blood clots, which are associated with stroke and heart disease.”

Celery, Rhubarb, Bok-choy and more look just like bones structure. These foods specifically target bone strength. Bones are made up of 23% sodium and these foods have sodium in them. If you don’t have enough sodium in your diet the body pulls it from the bones, making them weak. These foods replenish the skeletal needs of the body.

This Kingdom Promotes no Religion!
We adhere completely to and

only that which is written in the

Word of I AM in the Bible! 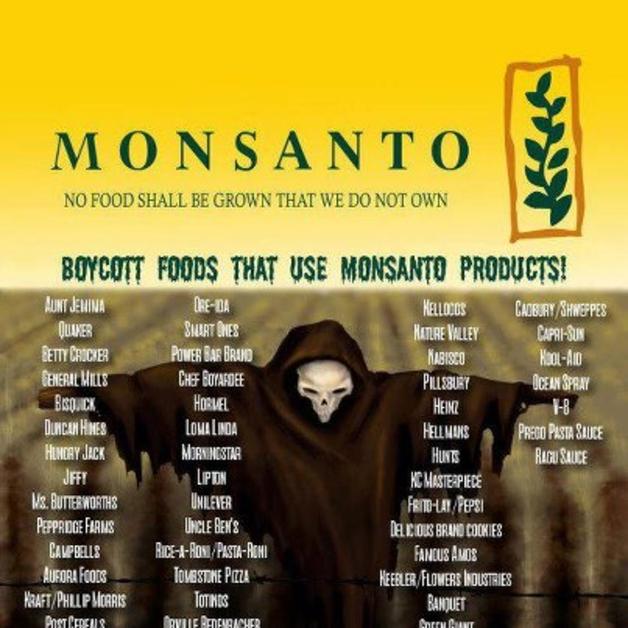 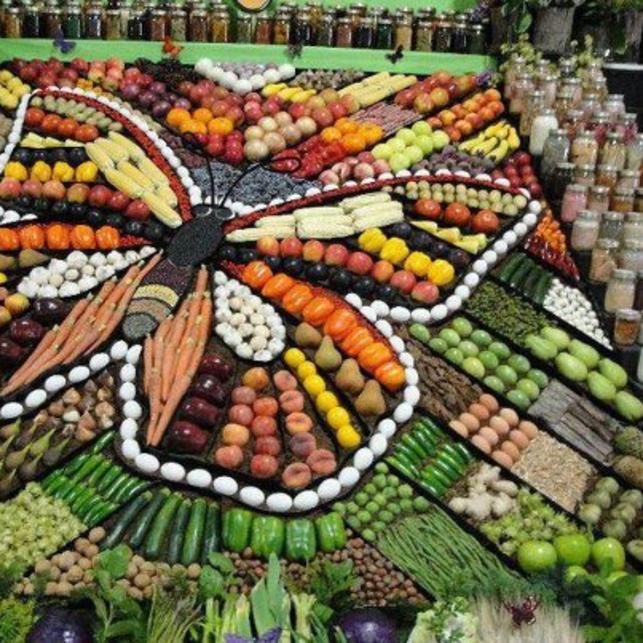 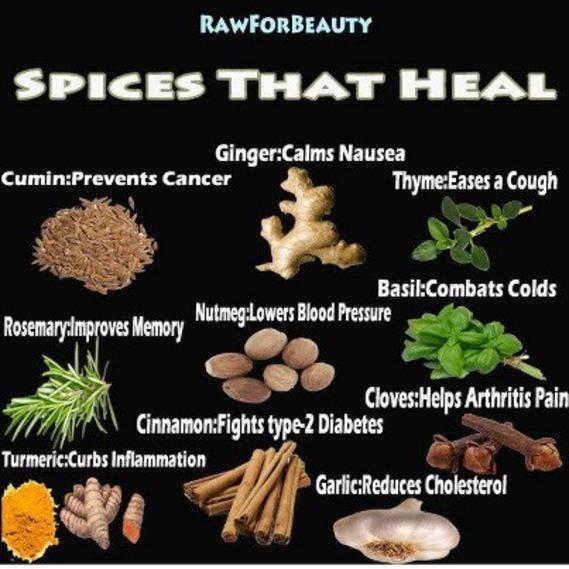 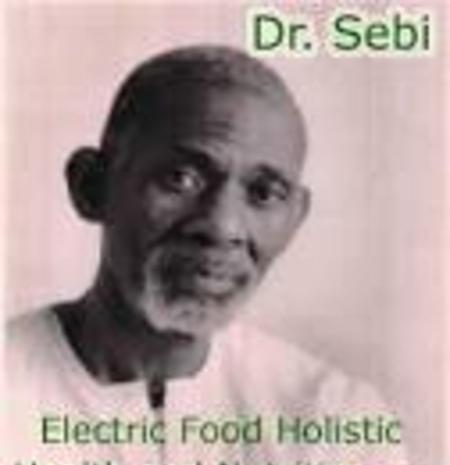 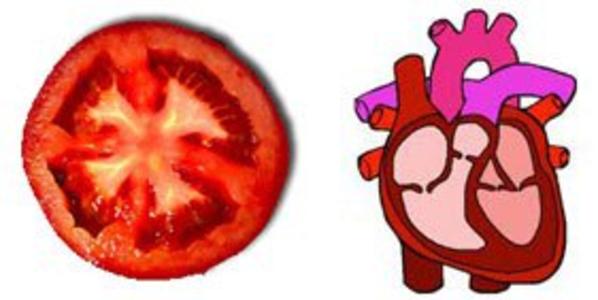 While many foods taste great, they are also powerful healers in a vibrant multicolor disguise. The best healing remedies also taste fabulous (I can’t say that about any prescription medications). Plus, foods won’t cause the nasty common side effects that most drugs cause.1. Cherries
Muraleedharan Nair, PhD, professor of natural products and chemistry at Michigan State University, found that tart cherry extract is ten times more effective than aspirin at relieving inflammation. Only two tablespoons of the concentrated juice need to be taken daily for effective results. Sweet cherries have also been found to be effective.2. Blackberries 3. Raspberries 4. Blueberries and 5. Strawberries
Dr. Nair later found the same anti-pain compound in berries like blackberries, raspberries, blueberries and strawberries6. Celery and Celery Seeds
James Duke, Ph.D., author of The Green Pharmacy, found more than 20 anti-inflammatory compounds in celery and celery seeds, including a substance called apigenin, which is powerful in its anti-inflammatory action. Add celery seeds to soups, stews or as a salt substitute in many recipes.7. Ginger
Ginger reduces pain-causing prostaglandin levels in the body and has been widely used in India to treat pain and inflammation. A study by Indian researchers found that when people who were suffering from muscular pain were given ginger, they all experienced improvement. The recommended dosage of ginger is between 500 and 1,000 milligrams per day. If you’re taking medications, check with your health practitioner for possible herb-drug interactions.8. Turmeric
Turmeric (curcuma longa) is the yellow spice commonly used in Indian curries. In research it has been shown to be a more effective anti-inflammatory than steroid medications when dealing with acute inflammation. Its main therapeutic ingredient is curcumin. Research shows that curcumin suppresses pain through a similar mechanism as drugs like COX-1 and COX-2 inhibitors (without the harmful side effects). Choose a standardized extract with 1500 mg of curcumin content per day.9. Salmon 10. Mackerel and 11. Herring
Many fatty fish like salmon, mackerel and herring also contain these valuable oils. Omega-3s convert in the body into hormone-like substances that decrease inflammation and pain. According to Dr. Alfred D. Steinberg, an arthritis expert at the National Institute of Health, fish oil is an anti-inflammatory agent. Fish oil acts directly on the immune system by suppressing 40 to 55 percent of the release of cytokines, compounds known to destroy joints. Many other studies also demonstrate that eating moderate amounts of fish or taking fish oil reduces pain and inflammation, particularly for arthritis sufferers.12. Flax Seeds and Flax Oil
Freshly-ground flax seeds and cold-pressed flax oil, contain plentiful amounts of fatty acids known as Omega-3s. Do not cook with flax oil otherwise it will have the opposite effect-irritating the body’s tissues and causing pain.13. Raw Walnuts and Walnut Oil
Raw walnuts and walnut oil also contain the same powerful
Omega-3 fatty acids that fight pain and inflammation in the body.

When it comes to pain, food really is the best medicine. 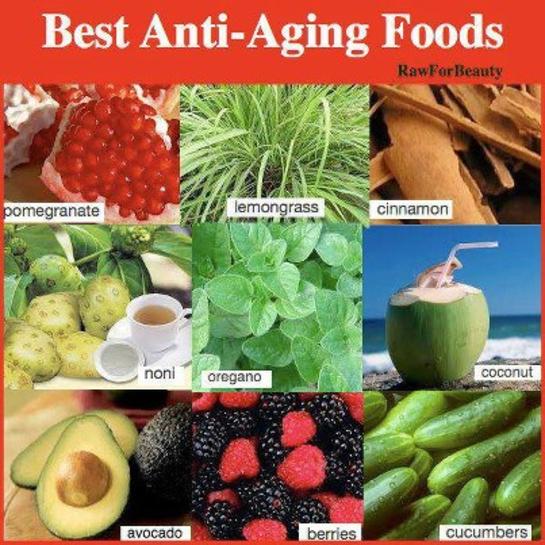 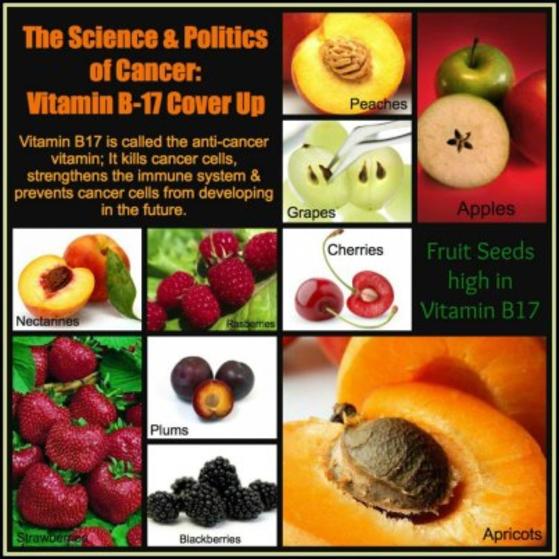 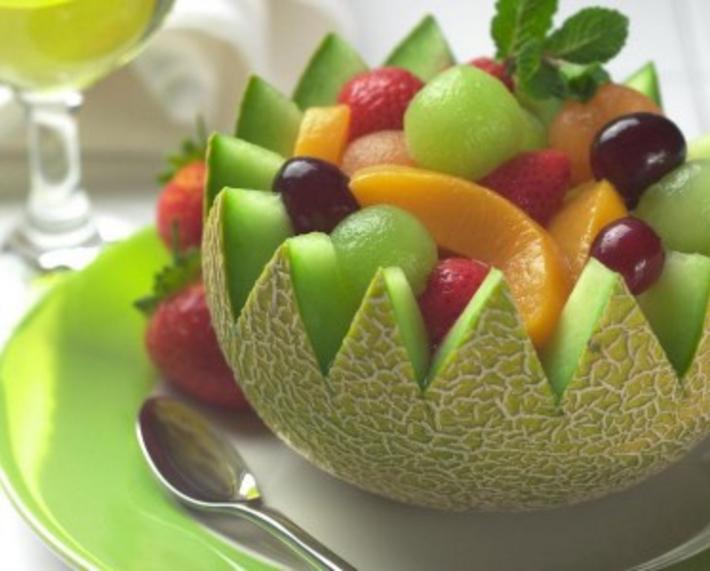 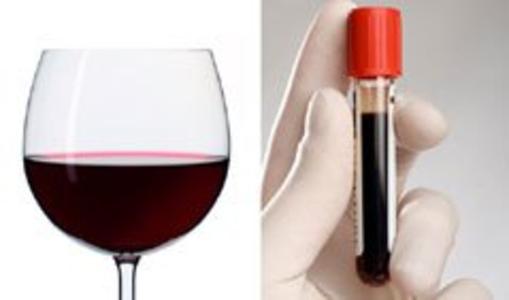 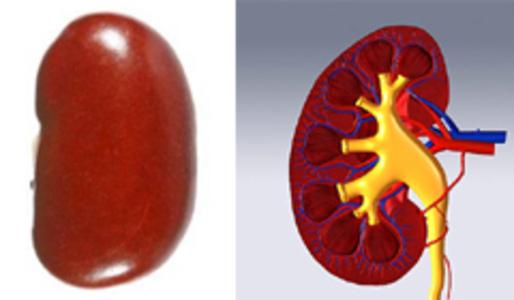 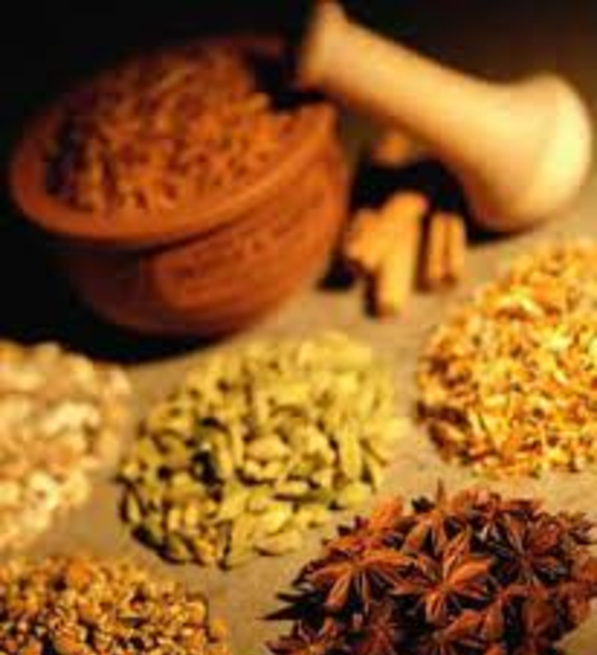 Broccoli – the close-up of tiny green tips on a broccoli head looks like 100 of cancer cells. A team of researchers at US National Cancer Institute found if a weekly serving of broccoli was enough to reduce the risk of prostate cancer by 45%.

We only promote the Culture Law,

Rules and Regulation which were given to our Ancestors,

at Mt. Sinai through the Prophet Moses and our only
Savior Yeshayah/Jesus.

Sweet Potatoes resemble the pancreas and can actually balance the glycemic index of diabetics. The oblong sweet potato bears a strong resemblance to the pancreas, and also promotes healthy function in the organ. “Sweet potatoes are high in beta-carotene, which is a potent antioxidant that protects all tissues of the body, including the pancreas, from damage associated with cancer or aging,” says Somer. 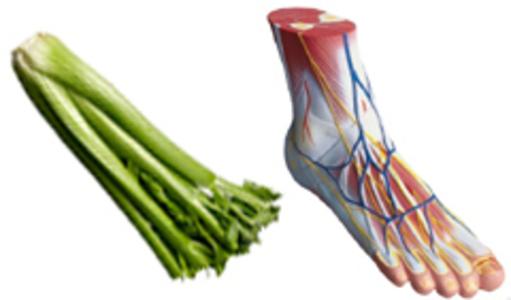 Olives assist in the health and function of the ovaries.  An Italian study found that women whose diets included a lot of olive oil had a 30% lower risk of ovarian cancer. The reasons are unclear, but the healthy fats in the oil may help suppress genes predisposed to causing cancer. 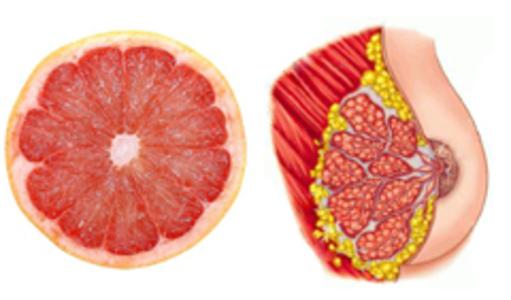 A Mushrooms when sliced in half resembles the shape of the human ear. Mushrooms improve hearing abilities, since they contain Vitamin D, which is healthy for bones, especially the 3 tiny bones in the ear that transmit sound to the brain.

Ginseng root looks like a human body, and it is a holistic cure for nearly all ailments. Honorable Mention 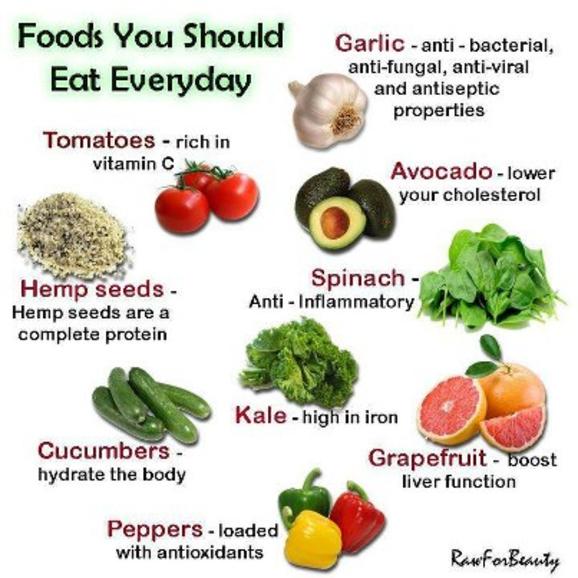 A Walnut looks like a little brain, a left and right hemisphere, upper cerebrums and lower cerebellums. Even the wrinkles or folds on the nut are similar to those of the neocortex. Scientists claim that walnuts help in developing over three dozen neuron-transmitters within the brain enhancing the signaling and encouraging new messaging link between the brain cells. Walnuts help warding off dementia. They also extract and break down the protein based plaques associated with Alzheimer’s diseases, according to a study by Dr. James Joseph of Tuft University in Boston.

Figs are full of seeds and hang in twos when they grow. Studies have shown that Figs increase the mobility of male sperm and increase the sperm count as well as overcoming male sterility. 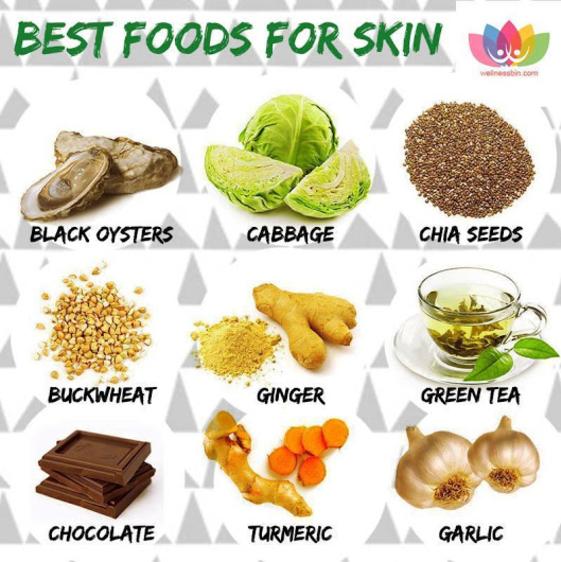 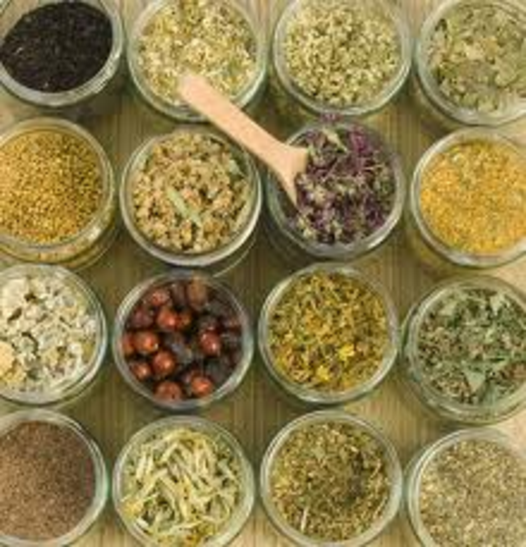 Avocados and Pears are good for the health and functioning of the womb and cervix of the female and look just like these organs. Modern research shows that when a woman eats one avocado a week, it balances the birth hormones, sheds unwanted birth weight and can even prevent cervical cancer. It even takes exactly nine months to grow an avocado from blossom to ripened fruit, just like a human baby! There are said to be over 14,000 photolytic chemical constituents of nutrition in each one of these foods. 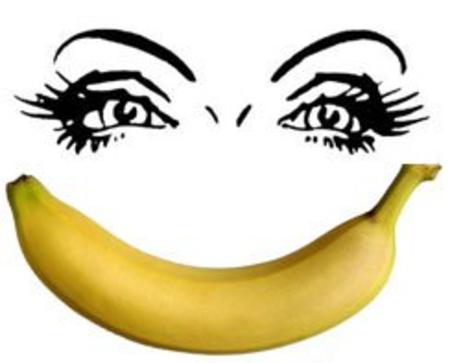 Grapes resembles the alveoli of the lungs. The lungs are made of branches of ever smaller airways that finish up with tiny branches of tissue called alveoli. These structures allow oxygen to pass from the lungs to the blood stream. A diet high in fresh grapes has shown to reduce the risk of lung cancer and emphysema. Grape seeds also contain a chemical called proanthocyanidin, which is thought to reduce the severity of asthma triggered by allergy. One reason that premature babies struggle to survive is that, these alveoli do not begin to form until 23 to 24 week of pregnancy. 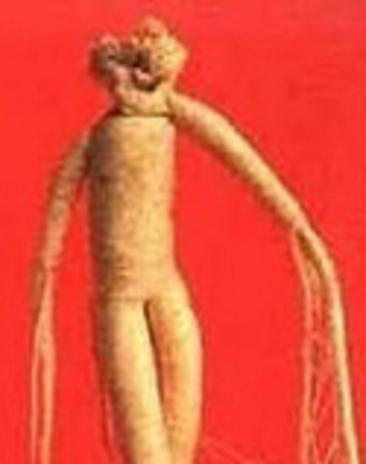 Ginger looks like the stomach and it also aids in digestion. Indians and Chinese have been using it for over 5000 years to calm stomach and cure nausea, and motion sickness. It also slows down the growth rate of bowel tumors. 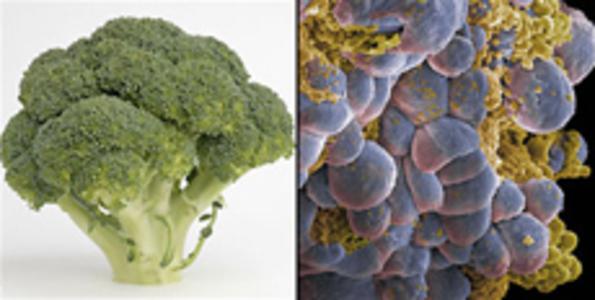 They Are Good For

There’s no question that maintaining a nutritious diet can help keep your body healthy. But when it comes to which foods can specifically benefit which body parts, science remains surprisingly sketchy. But nature gives us a big clue as to what foods help what part of our body!

Here are 10 foods that mirror the body parts they provide nutrients for—for example, brain-boosting walnuts actually look like a brain. Coincidence? Maybe. Though these healthy foods are beneficial to the whole body, the list below is a fun reminder of what to eat to target specific areas. Remember, these are best & more powerful when eaten raw. 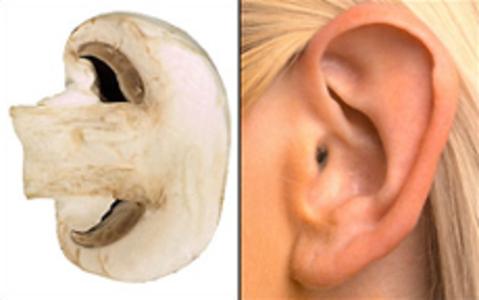 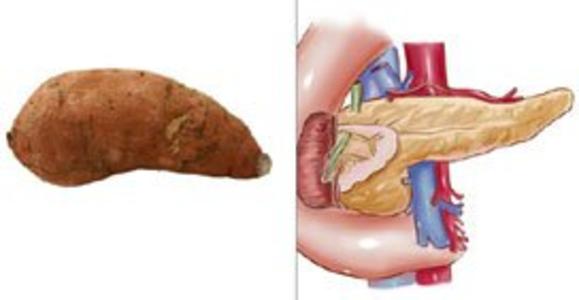 Grapefruits, Oranges, and other citrus fruits look just like the mammary glands of the female and actually assist the health of the breasts and the movement of lymph in and out of the breasts. The similarity between round citrus fruits––like lemons and grapefruit––and breasts may be more than coincidental. “Grapefruit contains substances called limonoids, which have been shown to inhibit the development of cancer in lab animals and in human breast cells,” says Dr. Moulavi. 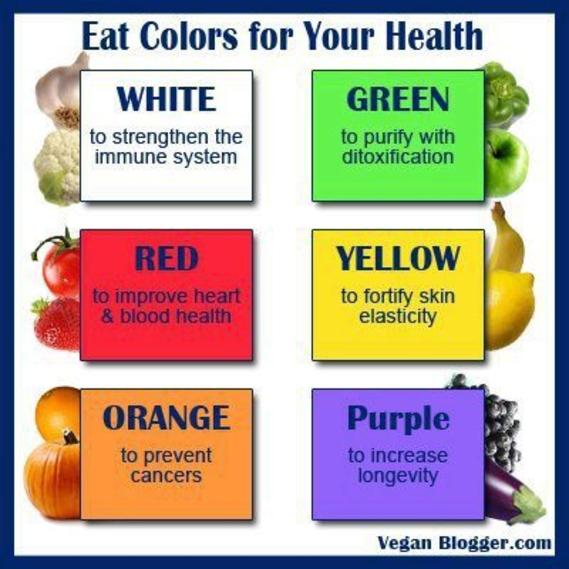 Let it be clearly understood that The Hebrew Israelite Nation completely and thoroughly accept Dr. Sebi Herbal system of Healing as our National Healthcare System. 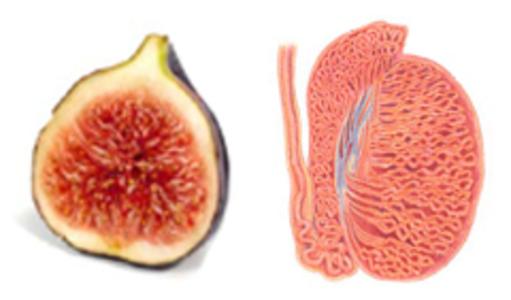 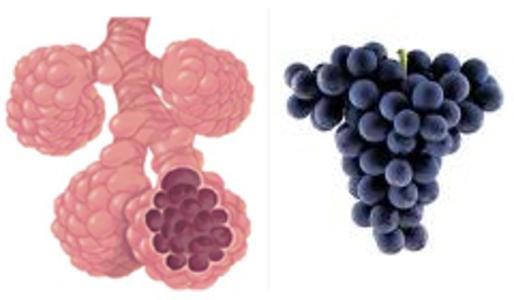 A Tomato has four chambers and is red in color, so also the heart is red and has four chambers. Research has confirmed that tomatoes are loaded with lycopene and it is indeed pure heart and blood food. 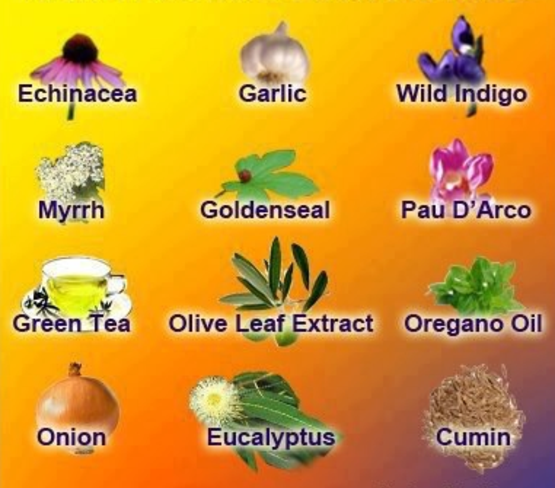 The food that we consume which we think are helping us are actually killing us. If we are to walk in divine health we must follow the instructions of He that is Divine. Eat what I AM says to eat. Our bodies heal itself when we follow divine instructions.

Eating a Banana ill cheer you up and put a smile on your face. This popular fruit contains a protein called tryptophan, when digested it gets converted into a neurotransmitter called serotonin, which is a mood regulating chemical in the brain. Banana can be termed as an antidepressant drug, since it adjusts the level of serotonin production in the brain.

A sliced Carrot looks like the human eye. According to science, eating carrots greatly enhances blood flow to the eyes. Carrot gets their orange color from a plant chemical called betacarotene, which reduces the risk of developing cataracts. The chemical also protects against macular degeneration an age-related sight problem that affects one in four individuals over the age of 65. If one tries to pop a pill of beta-carotene it doesn’t have the same effect, says scientists at John Hopkins Hospital in Baltimore, USA. 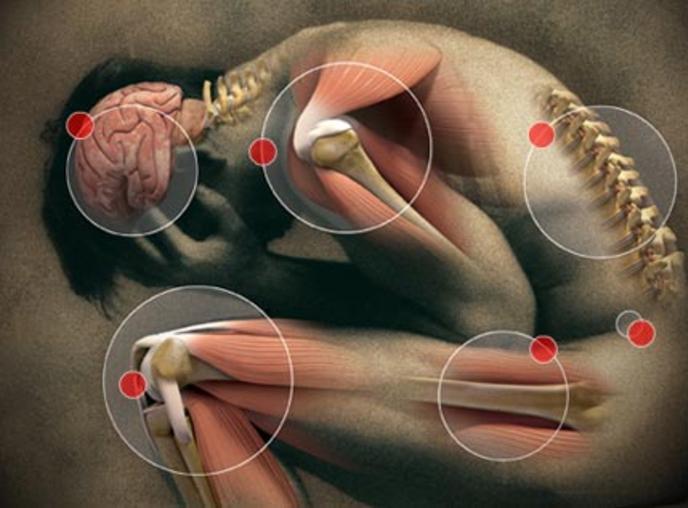 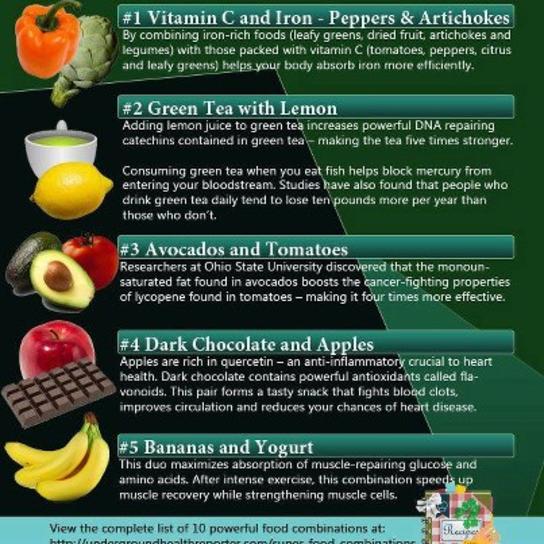 Onions look like the body’s cells. Research shows onions clear waste materials from all of the body cells. They even produce tears which wash the epithelial layers of the eyes. 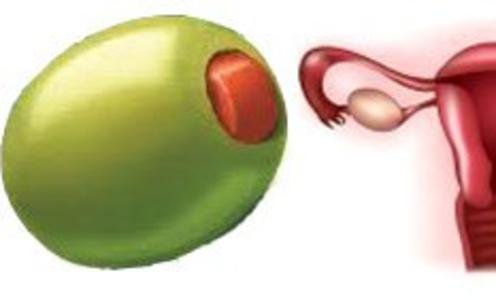 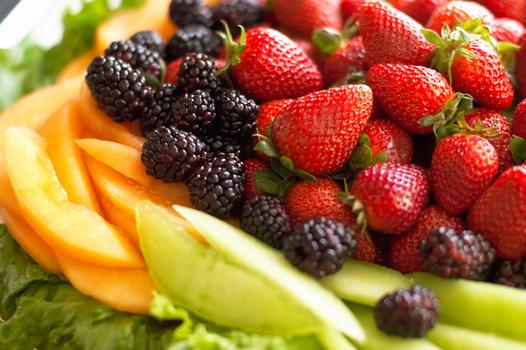